What is Quick Attack in Legends of Runeterra?

Legends of Runeterra has many card effects that are common enough that they get their own keyword - a word or two that immediately tells you how the card works. Let's take a look at the Quick Attack keyword.

While attacking, strikes before its blocker.

Quick Attack allows your unit to attack before the enemy unit, instead of at the same time like a normal confrontation. This could result in you defeating the unit before it can block, sparing your unit from any damage.

Challenger is a great keyword to pair with Quick Attack. A unit with Challenger is going to be allowed to pick which enemy unit faces it, while Quick Attack will ensure they get the first (and last) say in the argument. Pull your opponent's best units into battle, and blast them before they get a chance to respond.

Playing Against Quick Attack in Legends of Runeterra

Quick Attack only functions during the attack phase, so while blocking they work just like any-other unit. Push your opponent into inefficient blocking situations by attacking with large or powerful groups, such-that they are forced to offer up their Quick Attack unit as a sacrifice. 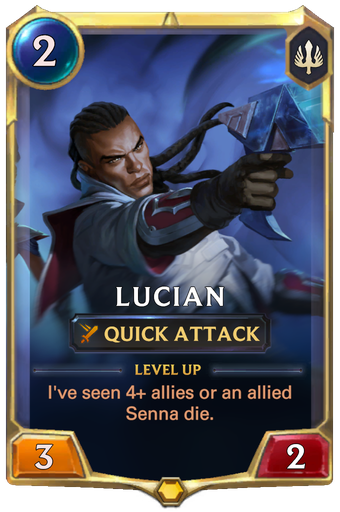 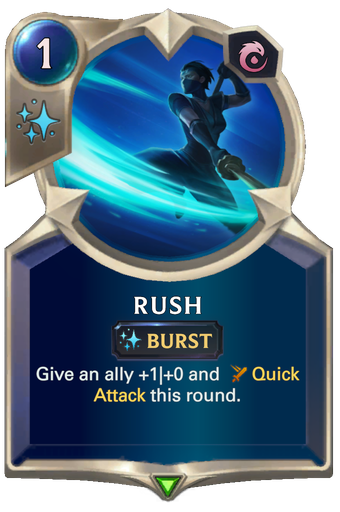 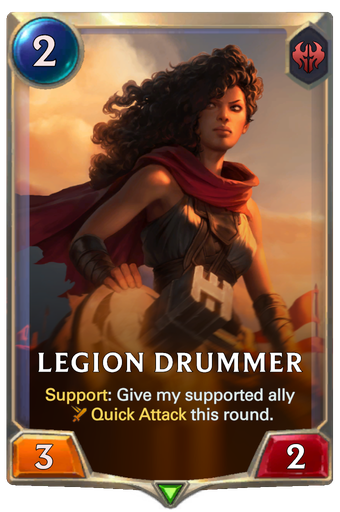 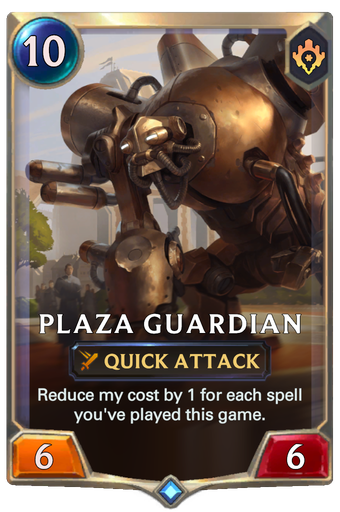 Lucian is a rare example of a unit who can "upgrade" his Quick Attack into the much-better Double Attack. All you have to do is let his poor wife die...you monster.

Rush provides +1 Power and Quick Attack, potentially changing the outcome of a battle. What was once a simple even-trade has now left your side completely unscathed.

Legion Drummer, by way of Support, offers her services to the ally to her right while attacking. Position your attackers accordingly so that your best unit is being supported!

Plaza Guardian is a very big unit with Quick Attack, meaning the Guardian will most likely win any fight without being touched. All you have to do is play spells to get the cost down.