What is Support in Legends of Runeterra?

Legends of Runeterra has many card effects that are common enough that they get their own keyword - a word or two that immediately tells you how the card works. Let's take a look at the Support keyword.

Attacking with a support unit will buff the unit to its right.

Boost the effectiveness of your allies by bringing along the Support keyword, granting beneficial keywords and stats to your attacking allies.

Proper placement is key if you want to take advantage of the Support: Supports help the attacking unit to their immediate right, so place your attackers accordingly such-that the right person is being supported.

Keywords that Work Great with Support

Supporting units provide a lot of great keywords, such as Lifesteal from Herald of Spring or Overwhelm from Kato The Arm. The best keyword to use with a supporting unit is arguably Barrier, so that you can protect your attackers and/or the support themselves. Keep your supports alive, and they'll keep you alive in return!

Playing Against Support in Legends of Runeterra

The best way to deal with Support is to eliminate the Supporting unit before they get a chance to be of help. Use a removal spell before it becomes a problem. 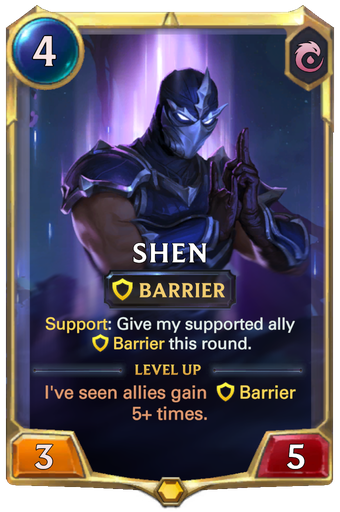 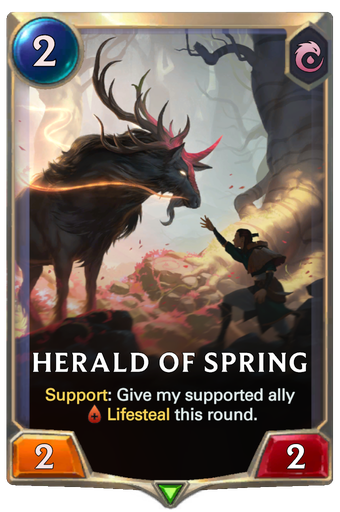 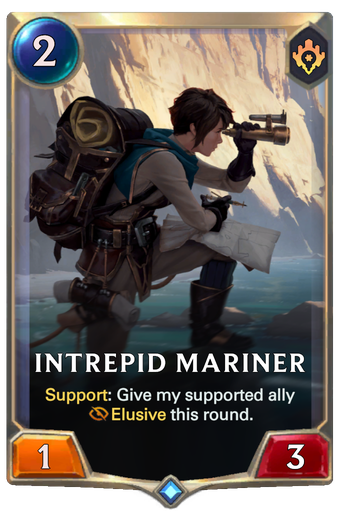 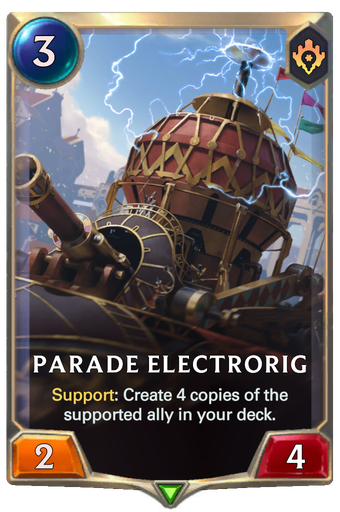 Shen provides Barrier to his ally, allowing them to block the next damage they would take that round. He also Levels Up from giving Barrier to people, wherein his Level 2 form provides a +3 Power bonus to his supported ally. Put Barrier on a minion you desperately want to keep around, such as Fiora.

Herald of Spring provides Lifesteal to an ally, thereby allowing them to heal one's Nexus equal to the damage they deal. Pair this with high-Power unit for maximum healing!

Intrepid Mariner provides Elusive to an ally, so that they can bypass enemy blockers. Surprise your opponent with a sudden burst of Nexus damage that can only be blocked by other Elusive units.

Parade Electrorig/runecard] is a rare example in-that it does not give out a keyword to its supported unit, but rather shuffles additional copies into your deck. Pick a unit you'd love to keep around, or pick a Champion whose signature spell is vital to your strategy.