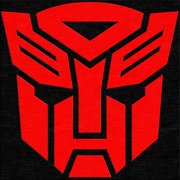 I make custom Formats and Modes for Hearthstone, my goal is to convince Team 5 to put at least one of my ideas into the game.

Here's the initial post I made, which started my endeavor -> Six Formats Hearthstone could Easily Have

The first Concept I made, which really even isn't on that list is Tournament Mode.

The second one, which could really be used in the game, is Explorer, A Custom Hearthstone Format.

The third is known as Tables, A Way to Play Hearthstone With Your Own Rules.

Full Art Cards, A New Hearthstone reward was made because Hearthstone, in general, needs more rewards and incentives.

Hearthstone, The Tavern has been Renovated is a bunch of ideas in one area.

Everyone has made their version of what a Death Knight would look like in Hearthstone, here's mine.

I improved on my first Tournament Mode concept and also included a Guild system in Hearthstone in this concept.