Hello everybody and welcome back to another article of Brawl Haul! Before jumping into this week’s deck, I’d like to apologize for the lack of Brawl Haul recently. My semester just started and it has been taking most of my time. However, to celebrate the launch of Zendikar Rising, I’m back with a deck featuring one of the plane’s most iconic beings, Omnath!

Our main goal is to play a lot of elementals, use Omnath’s ETB trigger, and then continue playing lands to activate Omnath’s second ability. We have a ‘second commander’ in the form of Risen Reef, which accelerates the deck a ton, resulting in us running numerous clone effects to get more activations.

What does Omnath Do for us?

Omnath serves two main purposes for our deck, being both an elemental payoff and a ramp payoff. The main part we care about is his ability to help us turn lands into more cards, as it lets us constantly both flood the board and.make the board taller This is not to say the elemental payoff portion is weak, as it makes killing Omnath awkward as it can give us more damage due to the ETB trigger. Ultimately, he’s the only elemental commander currently in standard and the fact he has two strong abilities is just a bonus for the most part. 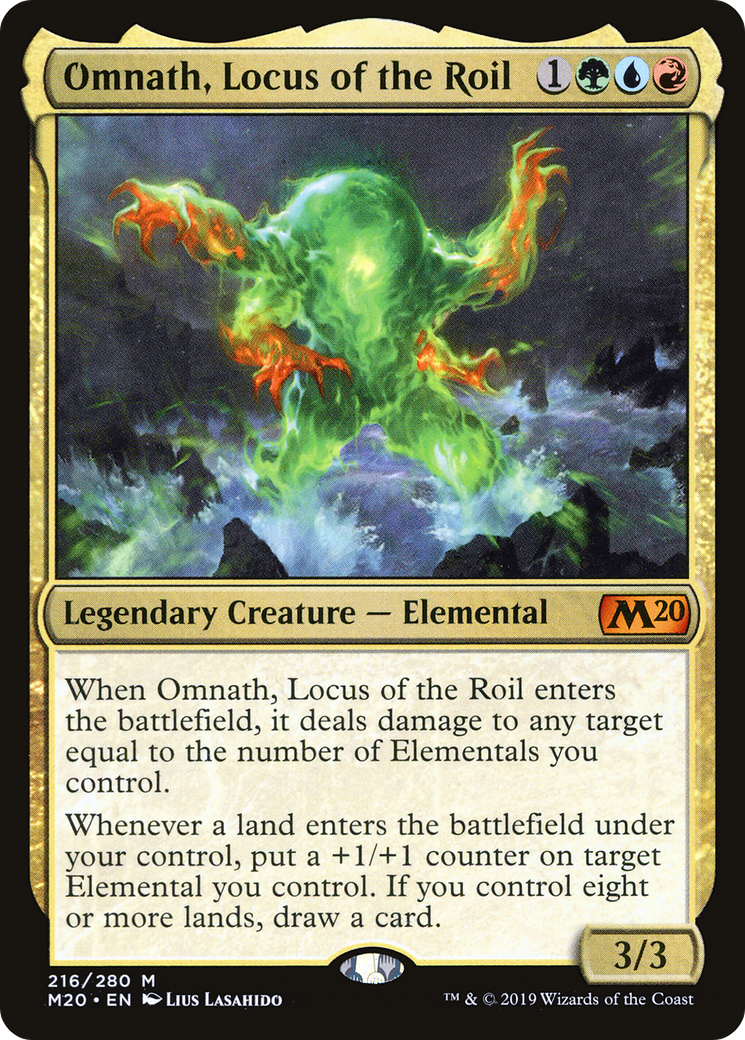 One of the best ways for the deck to win is with the help of Risen Reef, which as mentioned earlier is one of the most important cards for our deck. Because of this, we have several different ways of either copying the Reef or recurring it. The cards we have to support it are Quasiduplicate, Repudiate//Replicate, Spark Double, and Thunderkin Awakener. 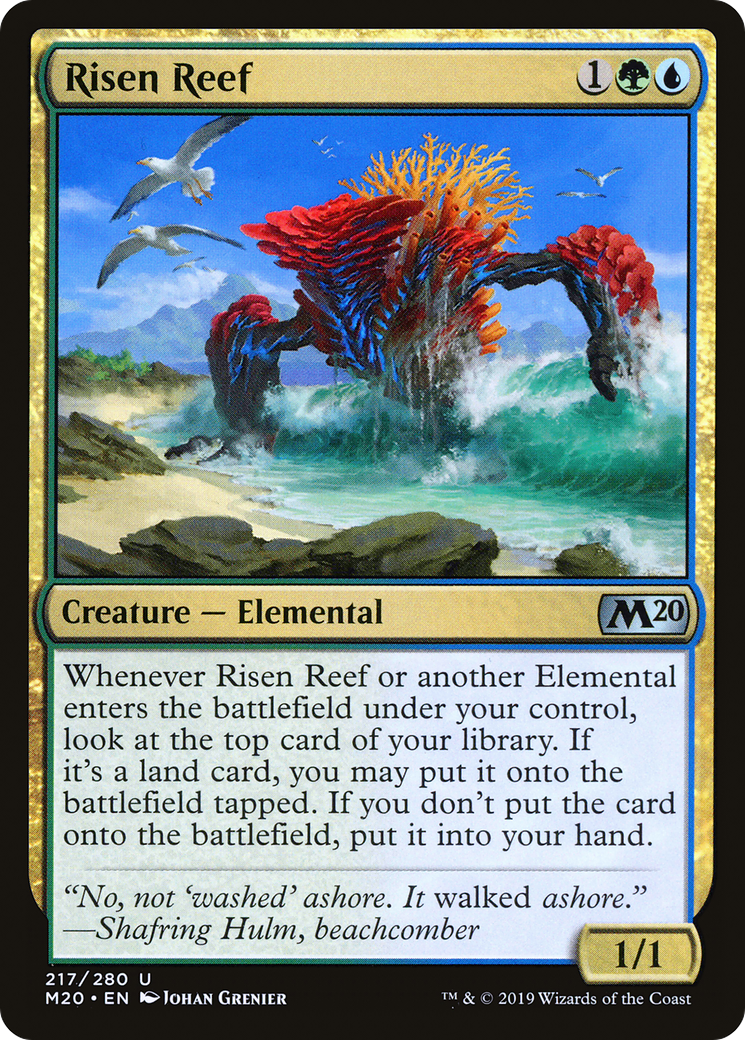 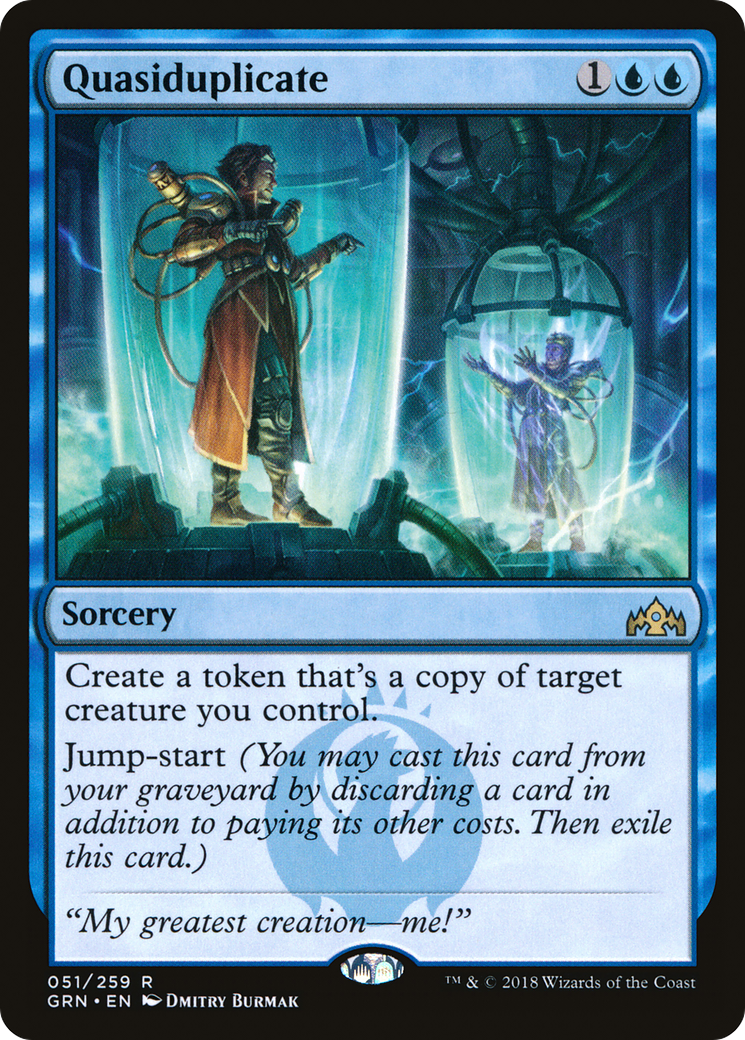 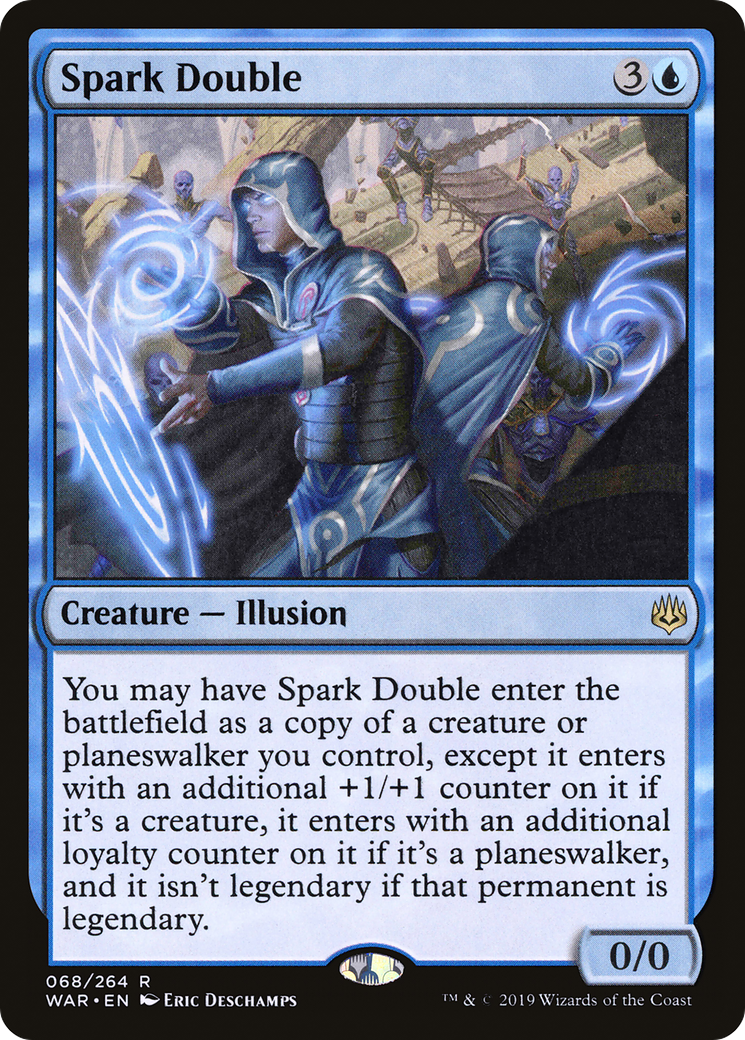 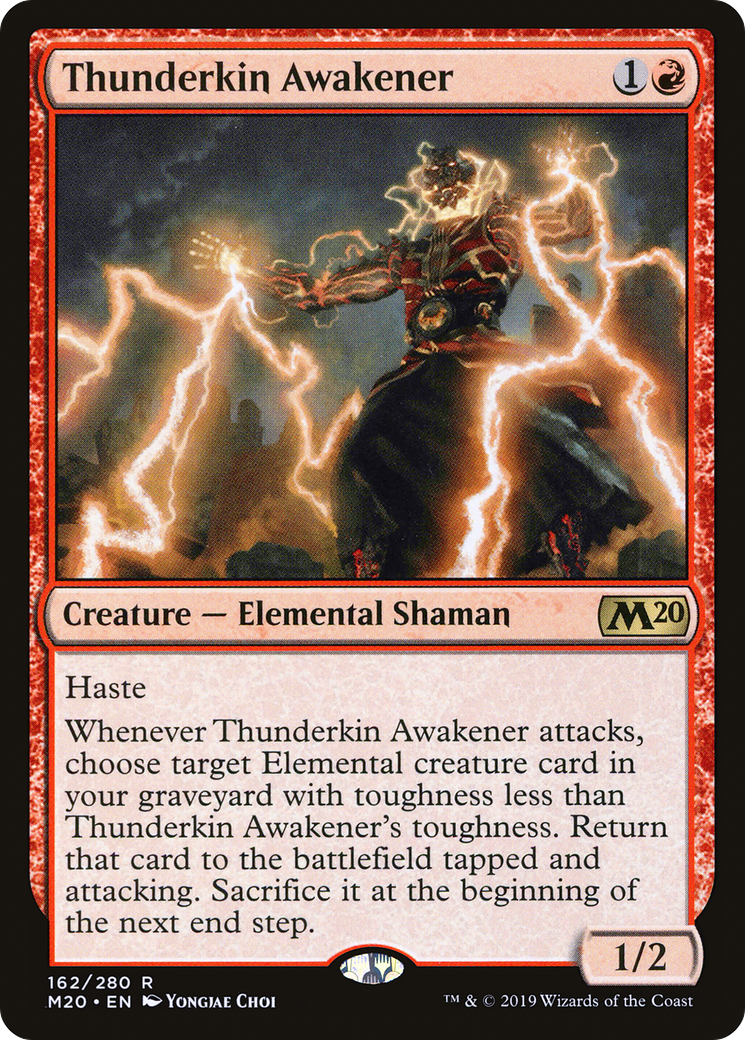 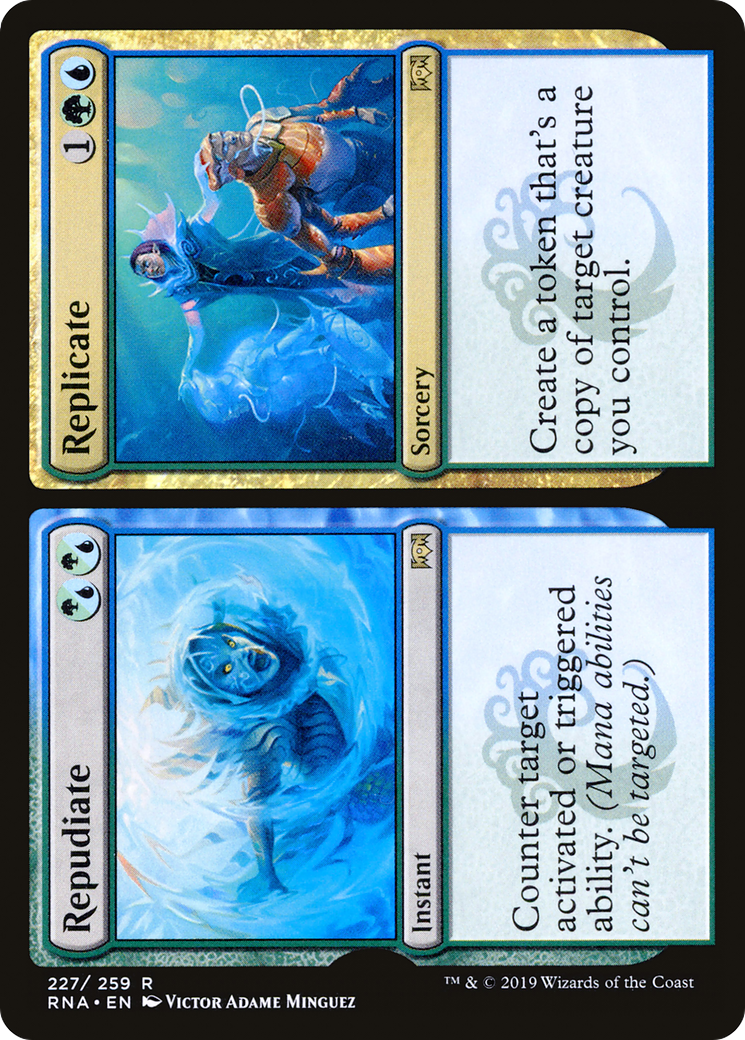 Before jumping into how we abuse it, let’s go over Risen Reef and what makes it so good for our deck. Our two main goals in the deck are to play elementals and to ramp quickly to abuse Omnath as much as possible. Risen Reef turns our elementals into ramp and thus accomplishes pretty much everything the deck wants to do. Since the more we have, the better, we run numerous clone effects. Quasiduplicate is great due to being able to clone twice, resulting in a lot more Reef triggers, a lot more lands, and a ton of card advantage. Repudiate//Replicate is able to help either protect us from certain abilities by stifling the trigger or can also be a clone effect if needed. Spark Double is a great clone effect since copying legendary permanents is relevant for the deck, allowing us to get more burst damage with Omnath or targeting one of our planeswalkers. Finally, we have Thunderkin Awakener, which is our only source of reanimation for Risen Reef. It can be a bit awkward, given that the reef is also going to be attacking, but if it can stick on board or if we are instead reanimating another elemental to trigger the reef, Thunderkin Awakener performs incredibly well.

To help out with elementals, we have a few cards that help support them by either making them stronger, The cards help the tribes are Creeping Trailblazer, Chandra, Novice Pyromancer, Scampering Scorcher, and Chandra, Awakened Inferno. 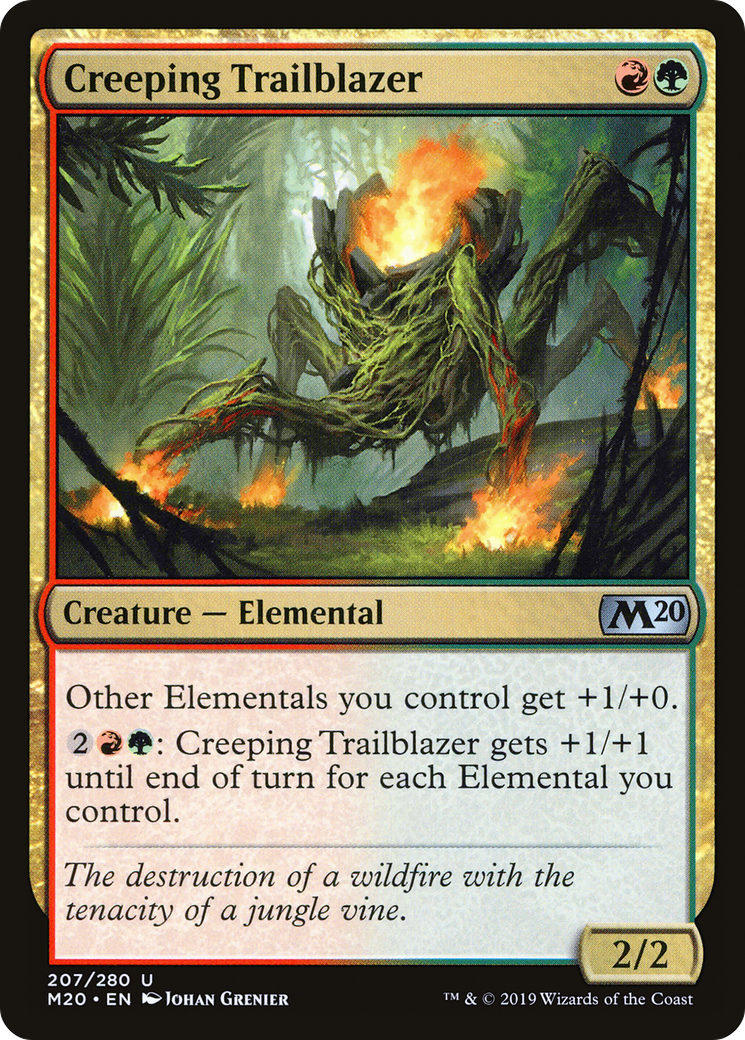 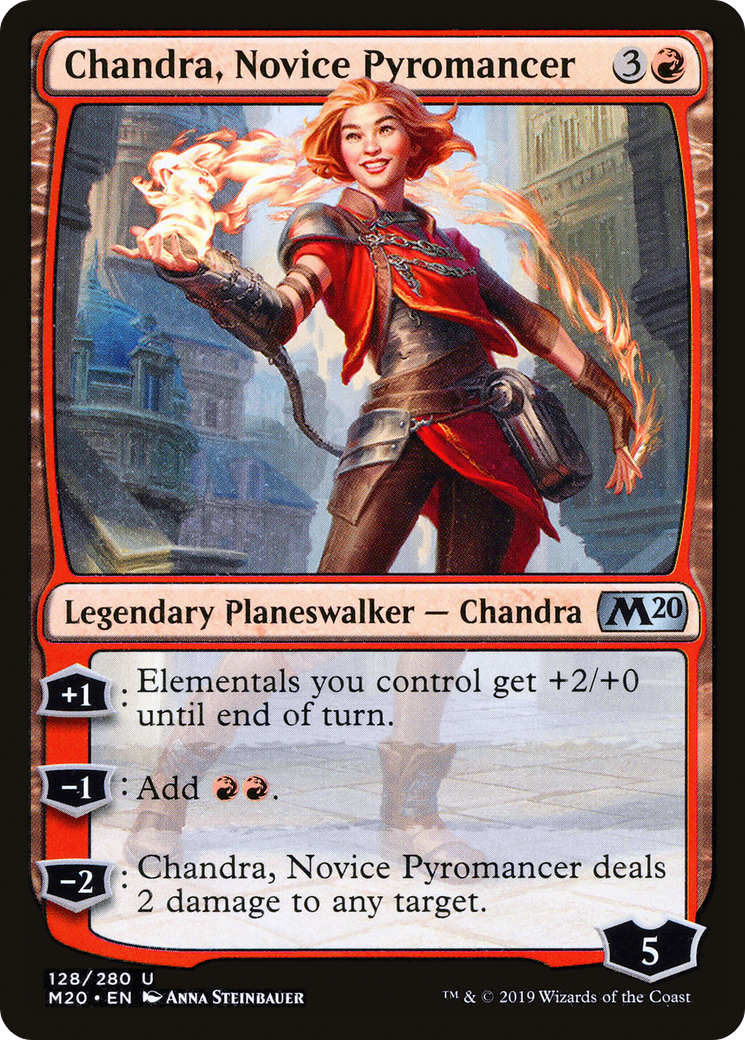 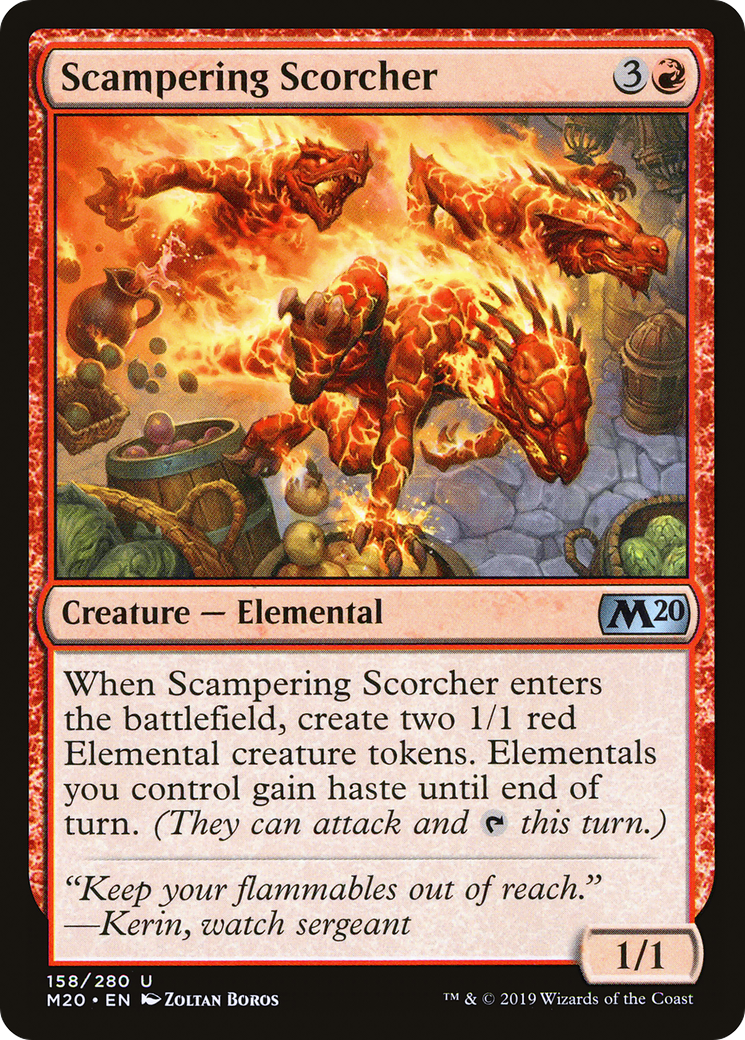 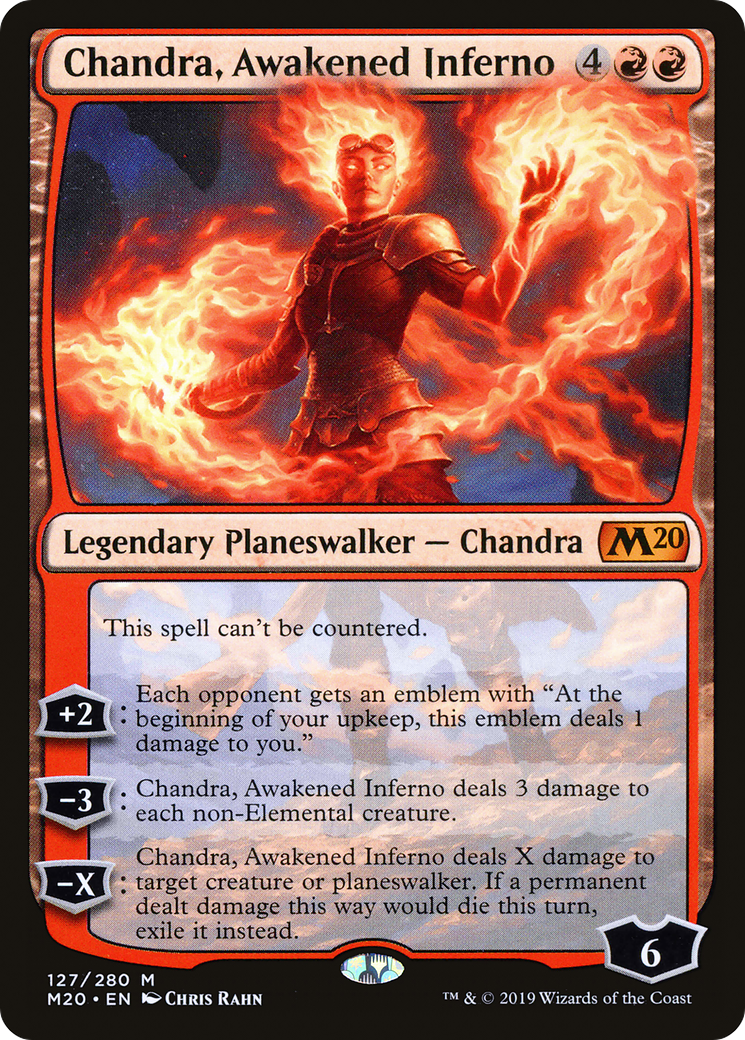 Both Creeping Trailblazer and Chandra, Novice Pyromancer are able to pump up our team to make them strong threats. Trailblazer has the added bonus of being able to make itself a massive threat for little mana. Scampering Scorcher is able to give our team haste, perfect for when we flood the field with the help of Risen Reef. It can help provide a ton of unexpected burst since there are not many mass haste effects currently in standard. Finally, we have Chandra, Awakened Inferno, who’s downtick is able to wrath the opponent’s board while leaving ours unscathed most off the time. She is just a very strong planeswalker across the board and the added synergy is a nice treat.

To justify all the ramp inside of our deck, we need a few ways to take advantage of the massive amount of mana we will be having. To do this, we have Expansion//Explosion, Field of the Dead, Radha, Heart of Keld, and Living Twister. 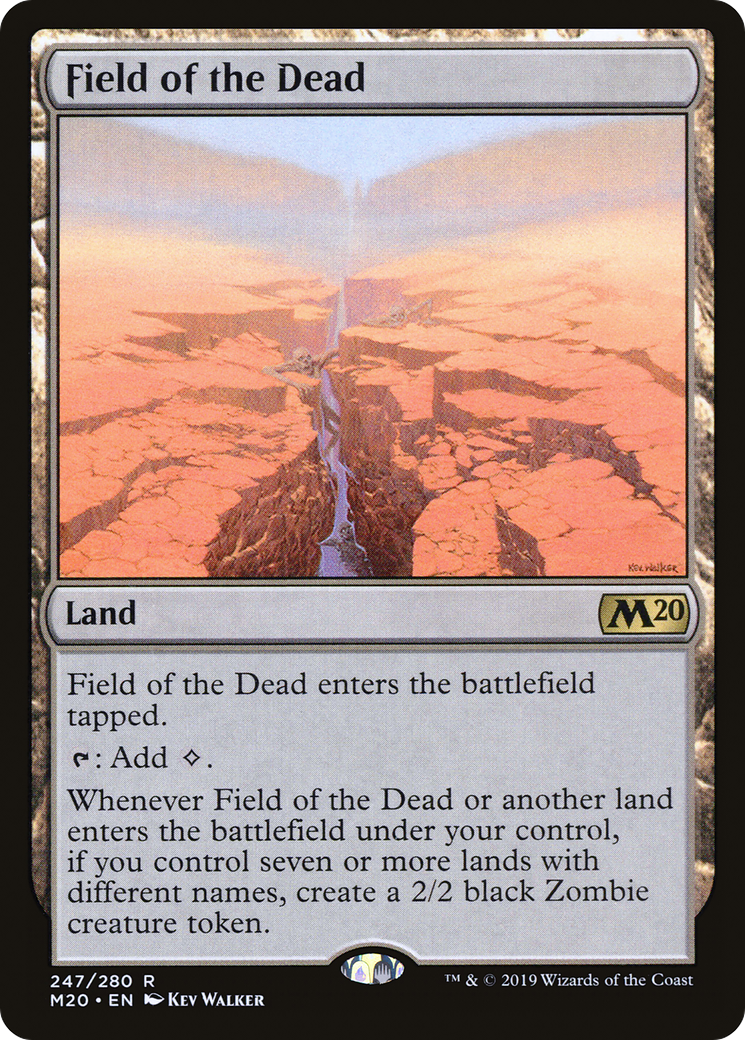 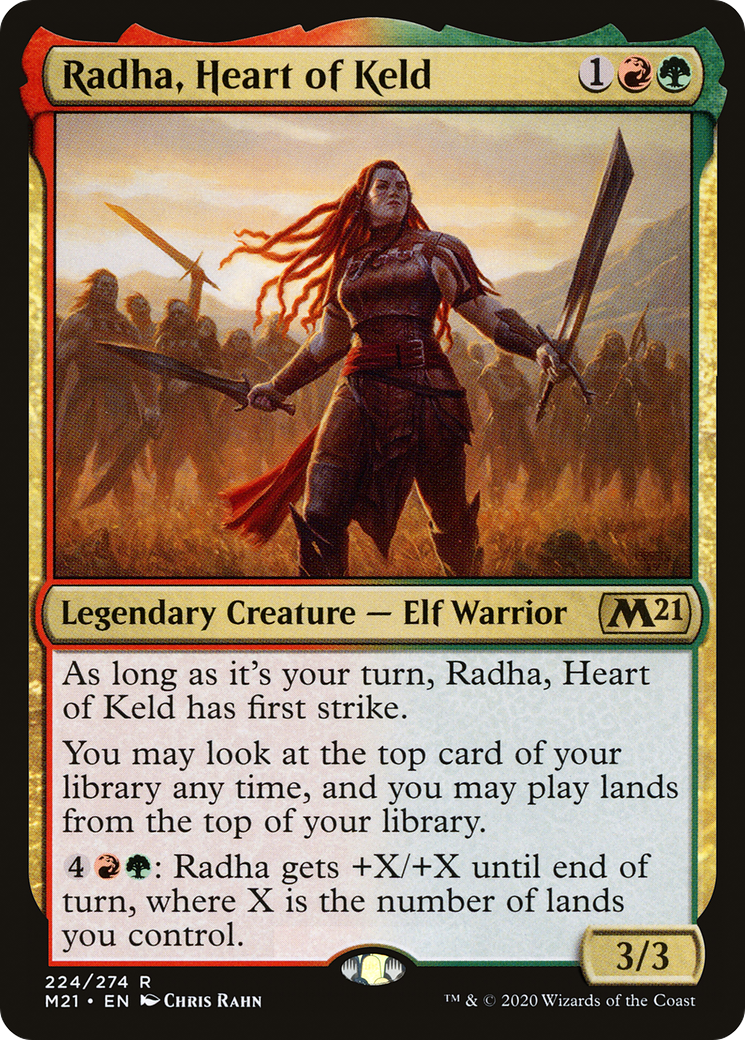 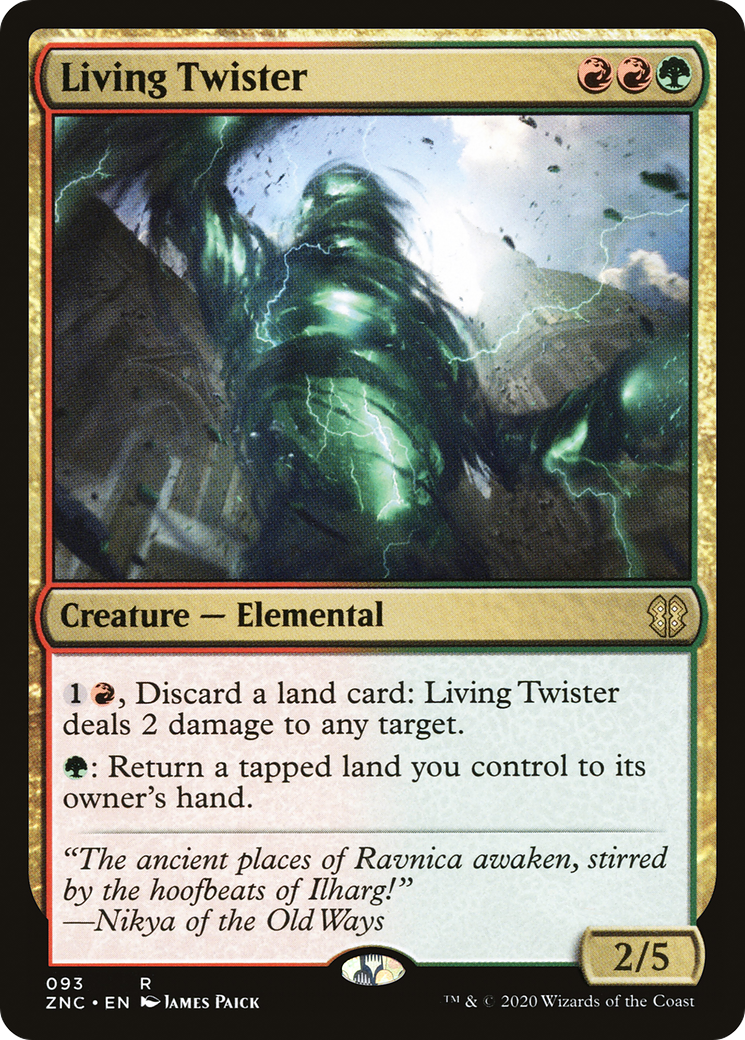 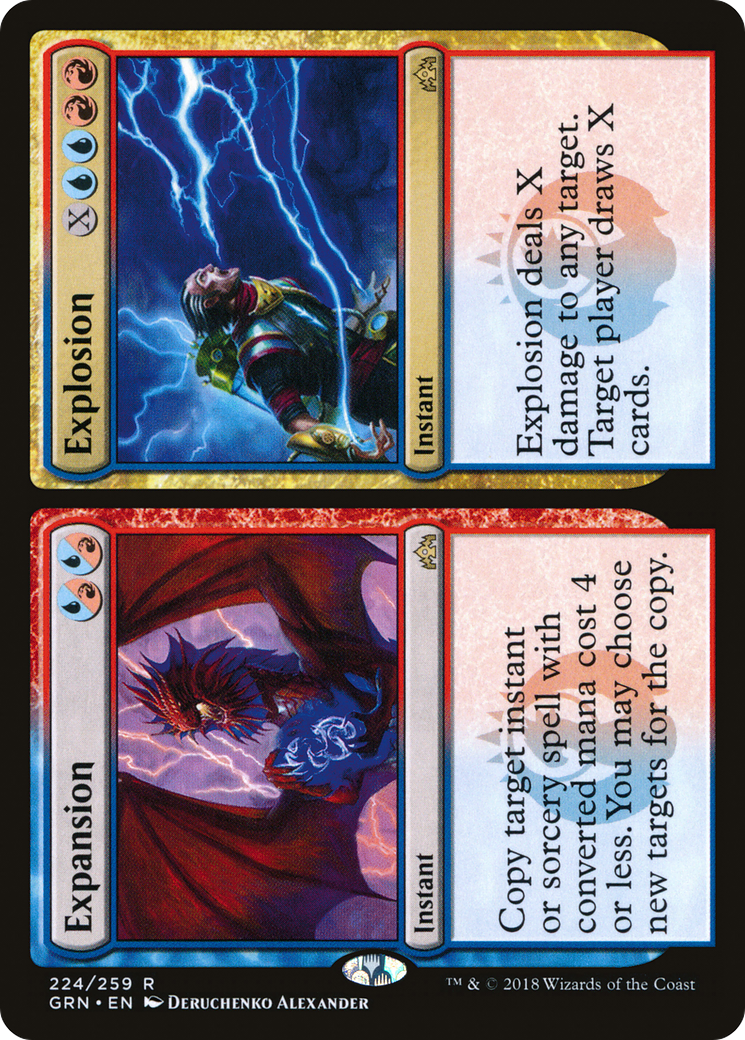 Expansion//Explosion and Field of the dead are our more traditional ramp payoffs, with the former just burning someone for a large amount as well as giving us a ton of cards, and the latter just making zombies everywhere for us to eventually overrun the opponent. Expansion can be useful as a counterspell or for doubling up on one of our spells, but it pails in comparison to what Explosion can do for us. For less traditional payoffs, we have Radha and Living Twister. Radha is just a solid choice for beating someone down in a land focused deck since her ability scales incredibly well with our main game plan, as well as helping us get better draws. Living Twister is a really fun card as it just lets us pick up all the lands we’ve gotten into play, then throw them at the opponent to burn them out of their last 10-15 health over the course of a turn or two. It also works well for just picking up lands and replaying them for the landfall triggers.

Due to the nature of our deck, we get the ability to surprise the opponents a ton by catching them off guard. We have a few ways of doing that, ranging from being legitimately effective to just be more of a gimmick that can occasionally steal the game. The notable cards are Nissa, Who Shakes the World, Jace, Wielder of Mysteries, Cavalier of Flame, and Ivy Elemental. 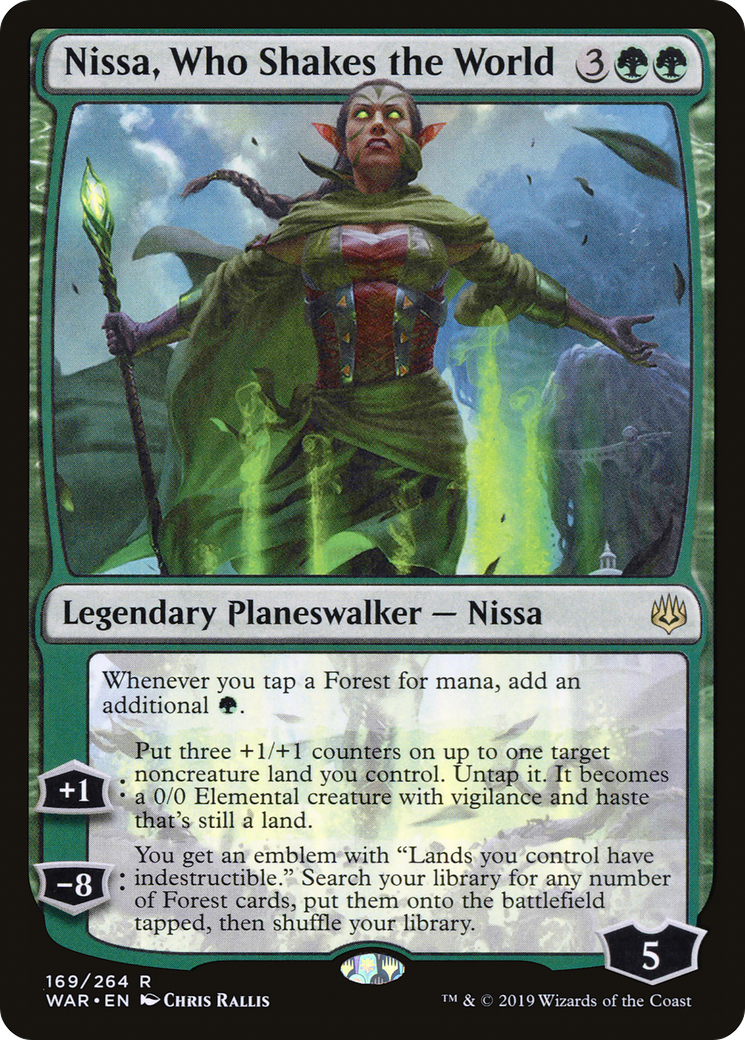 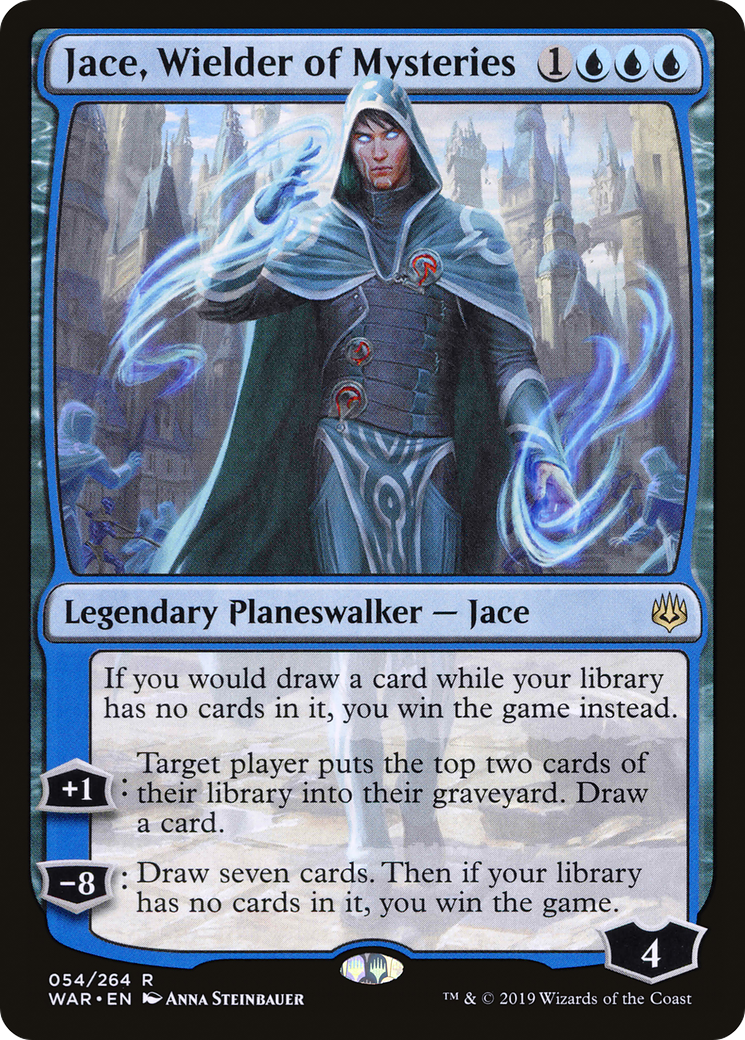 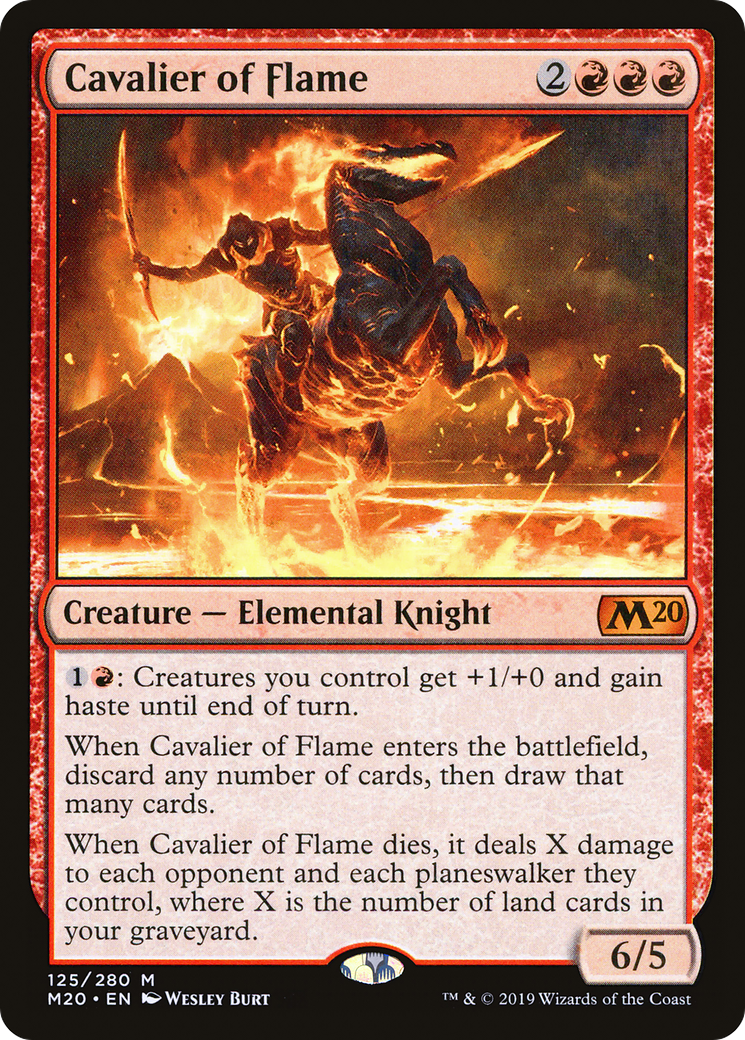 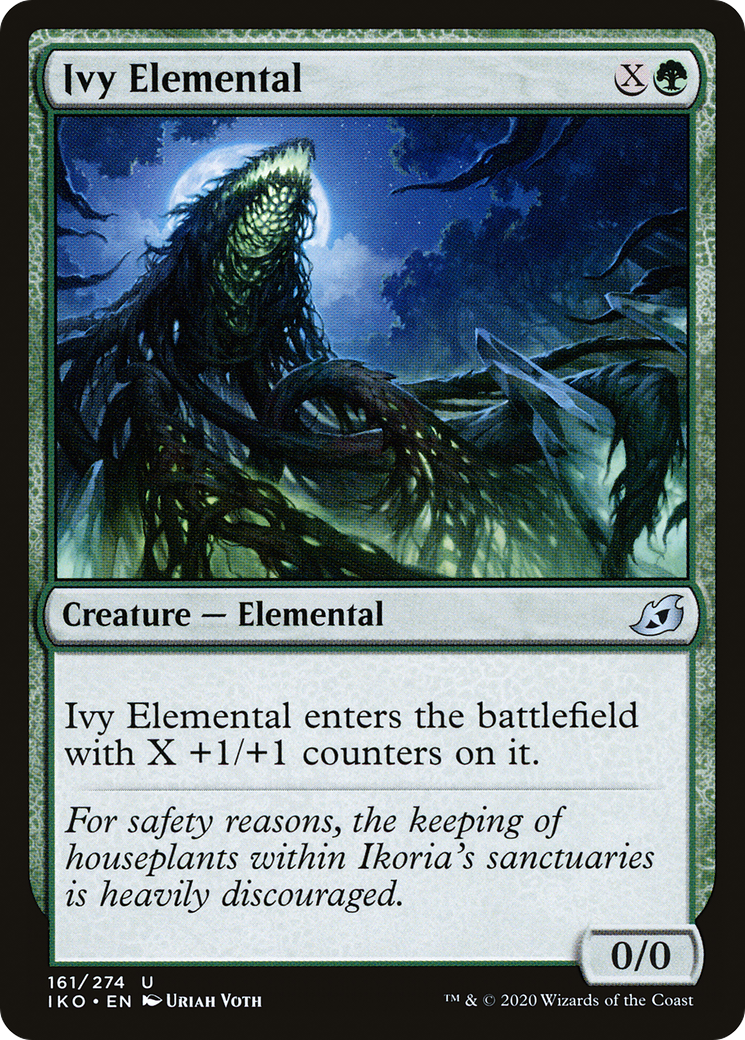 Both Nissa and Jace are great cards that can just steal the game out of nowhere, with Nissa providing us with a 3/3 every turn as well as giving an insane amount of mana, and Jace letting us just win on the spot with his passive ability. Up next we have Cavalier of Flames, who just helps us clean up our hand a bit, as well as being able to provide a ton off burst with his ability. Due to how wide our board often becomes, giving +1/+0 and haste out of the left-field can often just win the game. Finally, we have Ivy Elemental, which is just a large elemental that has won way too many games for me for literally no reason besides us having too much mana. Making a massive Ivy Elemental then giving it haste via Cavalier or Scorcher is a fairly bad combo, which makes it even funnier given how consistently I have been able to pull off this combo.

The main strength of this deck comes from Risen Reef and as such, the deck tends to perform much worse without it. That being said, the deck is surprisingly durable in the late game despite being a fairly aggressive deck, this being that we can turn our lands into card draw with Omnath’s latter ability. The deck is also able to get on board fast enough to where we don’t struggle against most other aggressive decks.

As for the deck’s weaknesses, besides not drawing Risen Reef, is against control decks. Being able to counter our Risen Reef or Omnath hurts a decent amount, as well as sweepers being a bit of an issue if we cannot rebound from them.

If you are interested in checking out this week's decklist, here is a link to it!

Ever since Zendikar Rising was announced, I was planning on saving Omnath for the week before it launches. Omnath has always been a very iconic card from the plane and has always been a blast to play with, in all three of his currently released forms. I’m glad to have finally made a deck featuring it as every time I go work on a new deck, the card always just stares back at me and I feel bad for not making a deck for it.

Anyway, that is all I have to say for this week, I hope you all enjoyed it! I mentioned it briefly in the last Brawl Haul article, but Zendikar is easily one of my favorite planes and so I’ve been working on something special to celebrate the release of the new set that should be coming out sometime this week. Like always, if there is any commander that interests you, make sure to let me know and I’ll take a swing at it! Until next time, good luck brewing!