Even though it's been announced more than half a year ago, we still know little to nothing about Mercenaries, Hearthstone's upcoming game mode. Fortunately for us, social managers at the Blizzard HQs might have clicked a wrong button, and listed the Mercenaries trailer as public on YouTube. While it was obviously changed as private in no time, people were quick enough to snag a few important details.

First of all, u/BoaPharaoh was able to record the entire trailer: while it does not contain any gameplay highlights, it is still relevant for us!

But that's not all: we have the video's description too! In fact, u/Pealover was quick enough to take a screenshot, which contains a couple of juicy information:

Finally, we have a new art, showcasing a handful of well-known characters: 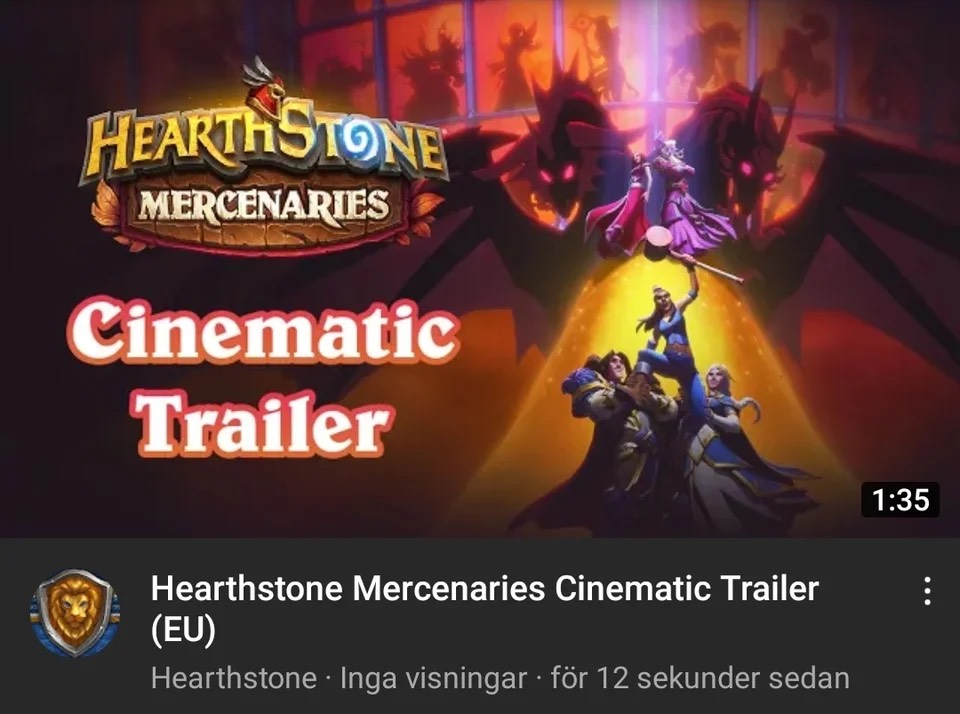 As far as we know, most of Team 5 has been incessantly working on Mercenaries for the last few months: based on Iksar's words, it's going to be a very large game mode, hence all the work needed to get it ready.