Here at Out of Carbs we take food very seriously. So, when a card game has a card that's based on food, we take notice. In this article, we'll take a look at the Grinning Kolobok, one of Mythgard's most used cards, to tell you it's folk tale, how the Mythgard devs implemented it into the game, and, more importantly, how you can cook it yourself!

The Story of the Kolobok

This is an old Russian folk tale. Grandma and Grandpa were hungry, so Grandma bakes some dough for them to eat. After putting it on the window sill to cool, the dough, which is our titular Kolobok, says "Nope!", and jumps out the window, hopping away form his would-be eaters. 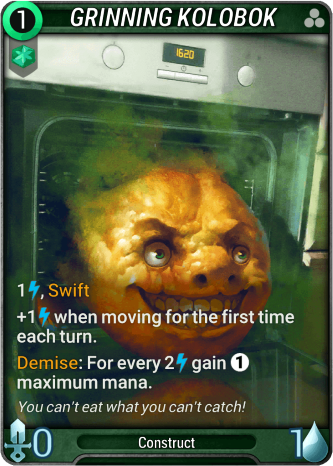 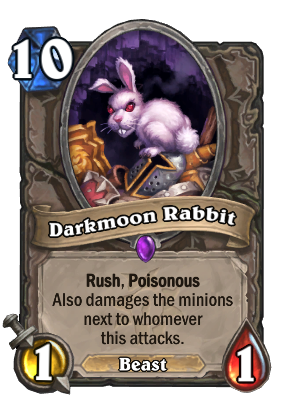 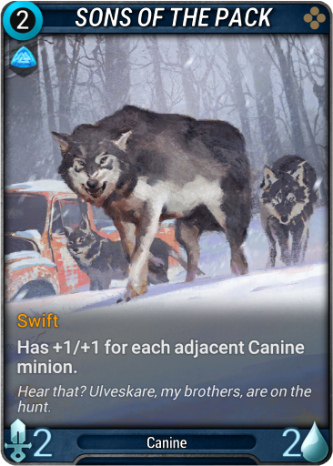 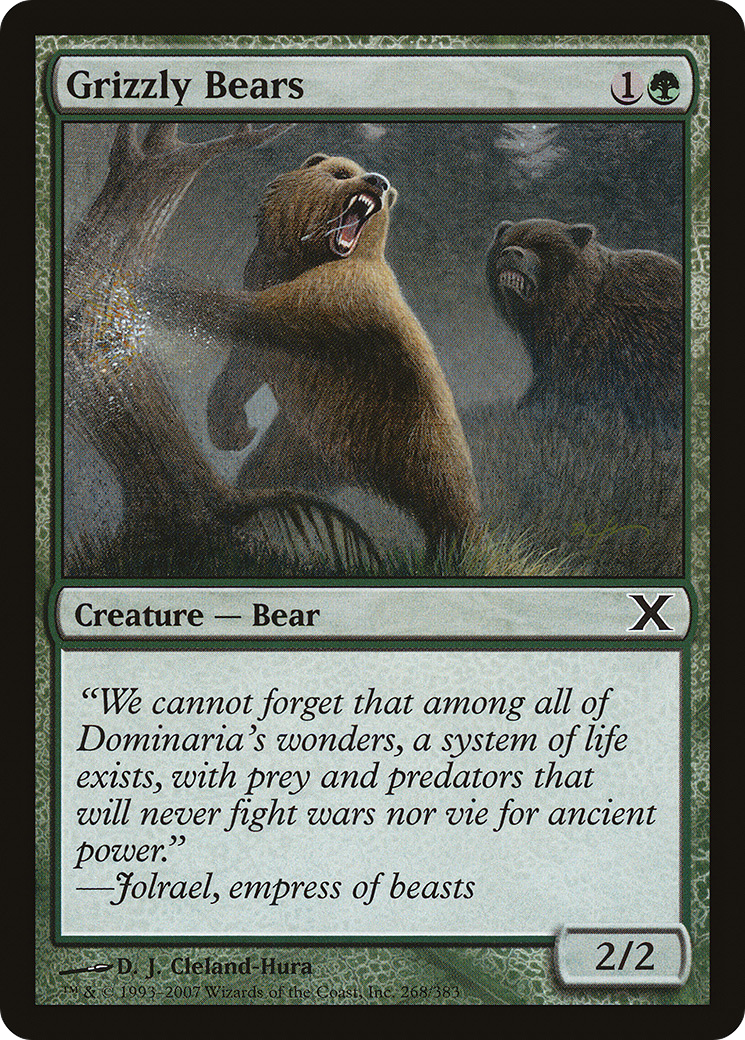 Finally, our round hero comes across the Fox. And as the Kolobok sings and prepares to run, the Fox tells him "Wow, round one, that was a great song! But I'm hard of hearing and didn't quite catch the whole thing. Why don't you come sit on my nose and sing, so I can hear better?". And the Kolobok, too proud of his song to know better, gets closer to the Fox. And the Fox eats him. 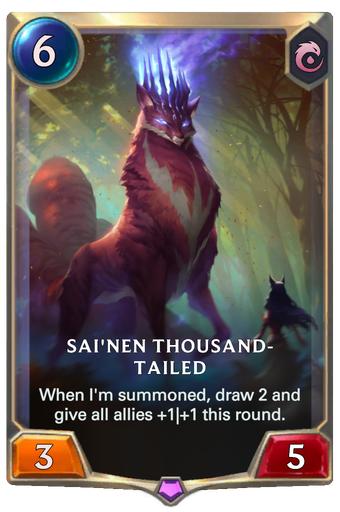 In some variation of the tales (particularly towards Germany), after running away from the Bear, the Kolobok comes across a group of hungry orphans and lets them eat him. The tale is also similar to that of the Gingerbread Man.

The Kolobok Jumps to Mythgard

Mechanically, the Grinning Kolobok translated great into Mythgard. It having to move from one lane to another is basically the character running from the various animals, while the energy gain is what happens when you eat it.

The devs actually had an interesting blog-post about how the card was created. The story stuck out among the other Russian folk tales, and the corgi in the art was added as a reference to the fox from the story. Does this mean the little pup ends up eating the green doughnut? 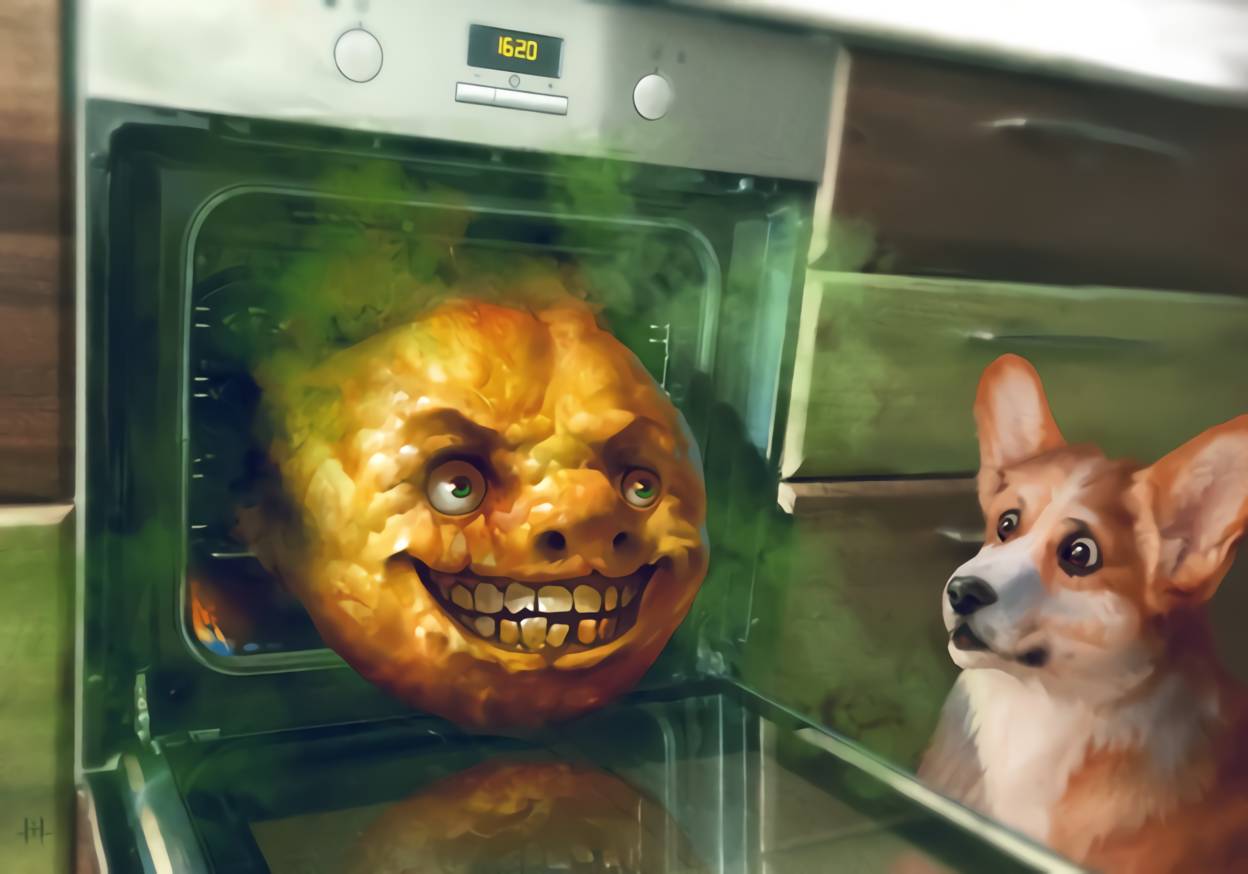 Make Your Own Kolobok

This is the moment you've all been waiting for! How to make your own little bouncy goblin! And, sadly, there's not much we can say here. Your best bet is to start with our Bread recipe, since that's what the Kolobok is at its core.

However, we have no idea how the Kolobok came to life. Maybe Grandma used some magical Yeast she didn't know about, maybe there was some fairy dust near the window, or maybe the round fella just decided to grow consciousness. There's really no way of telling.

Did you enjoy this dive into the Kolobok? What card would you like us to cover next on Out of Carbs? Let us know in the comments below.