The first chapter of The Darkin Saga, Awakening, releases tomorrow, and we have the patch notes to accompany it. We've got new mechanics, a new event, new skins, and more!

“WIll you prove worthy?”

Mwahahahahah! Awakening is the first chapter of The Darkin Saga. In this expansion we are introducing five new champions, a new card type, and the Corrupted Event. If you’re ready to open a new chapter in Runeterra, make sure to check out Awakening - playable on August 31st at approximately 11:00AM PT.

“Someone has to take care of our Shuriman Cars.” 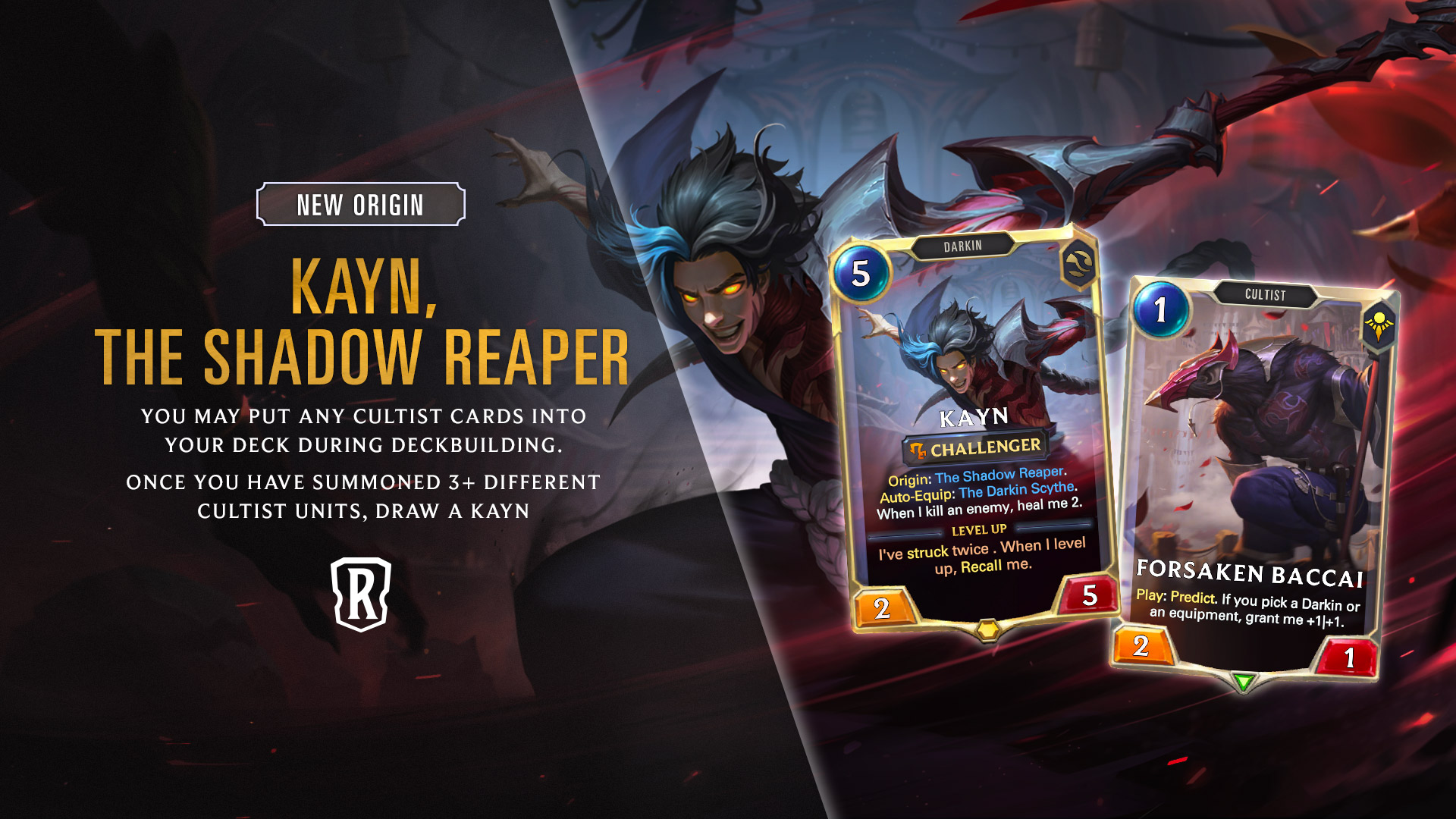 You may put any Cultist cards into your deck during deckbuilding. Once you have summoned 3+ different Cultist units, draw a Kayn. 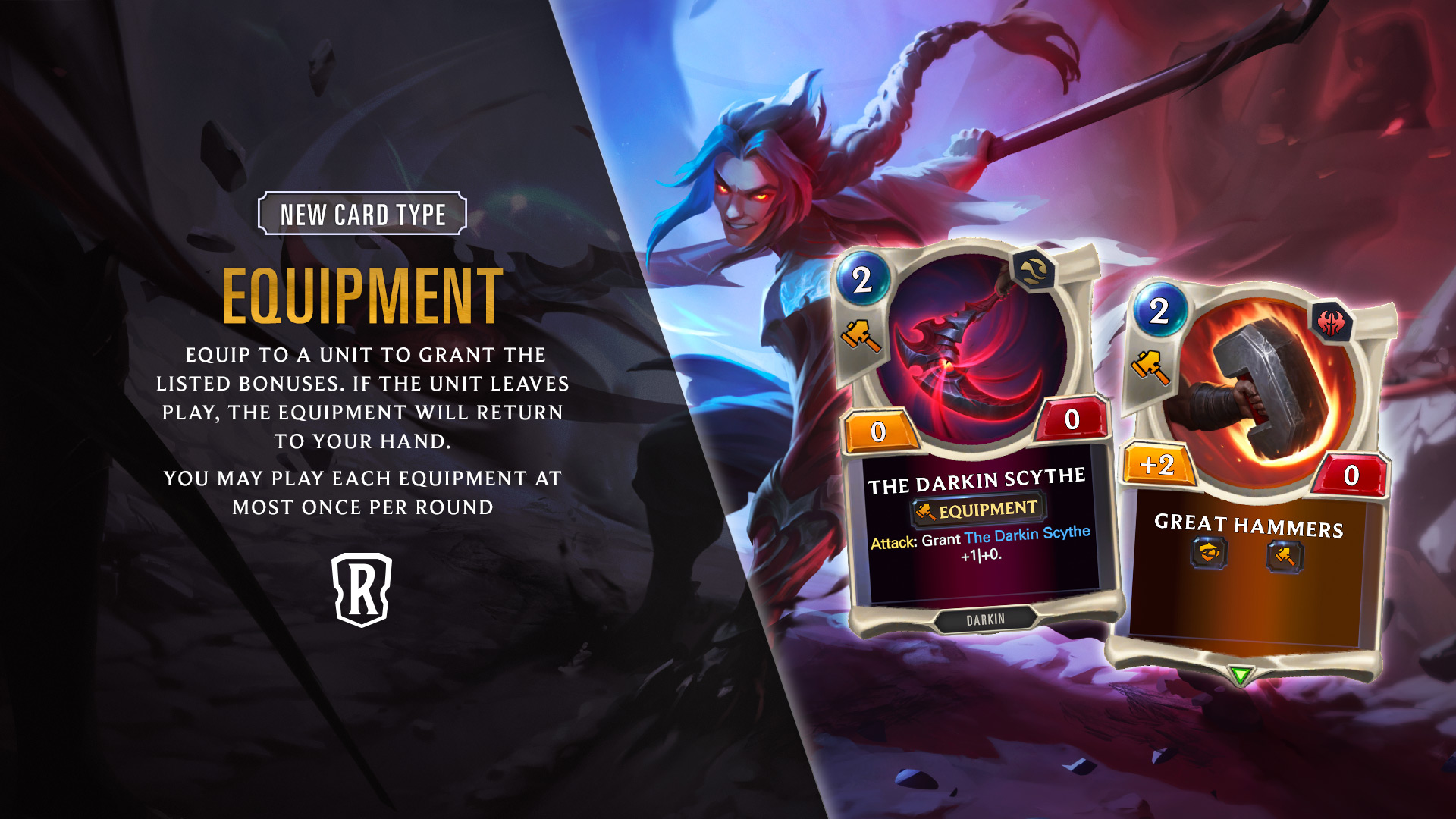 Equip to a unit to grant the listed bonuses. If the unit leaves play, the Equipment will return to your hand. You may play each Equipment at most once per round. 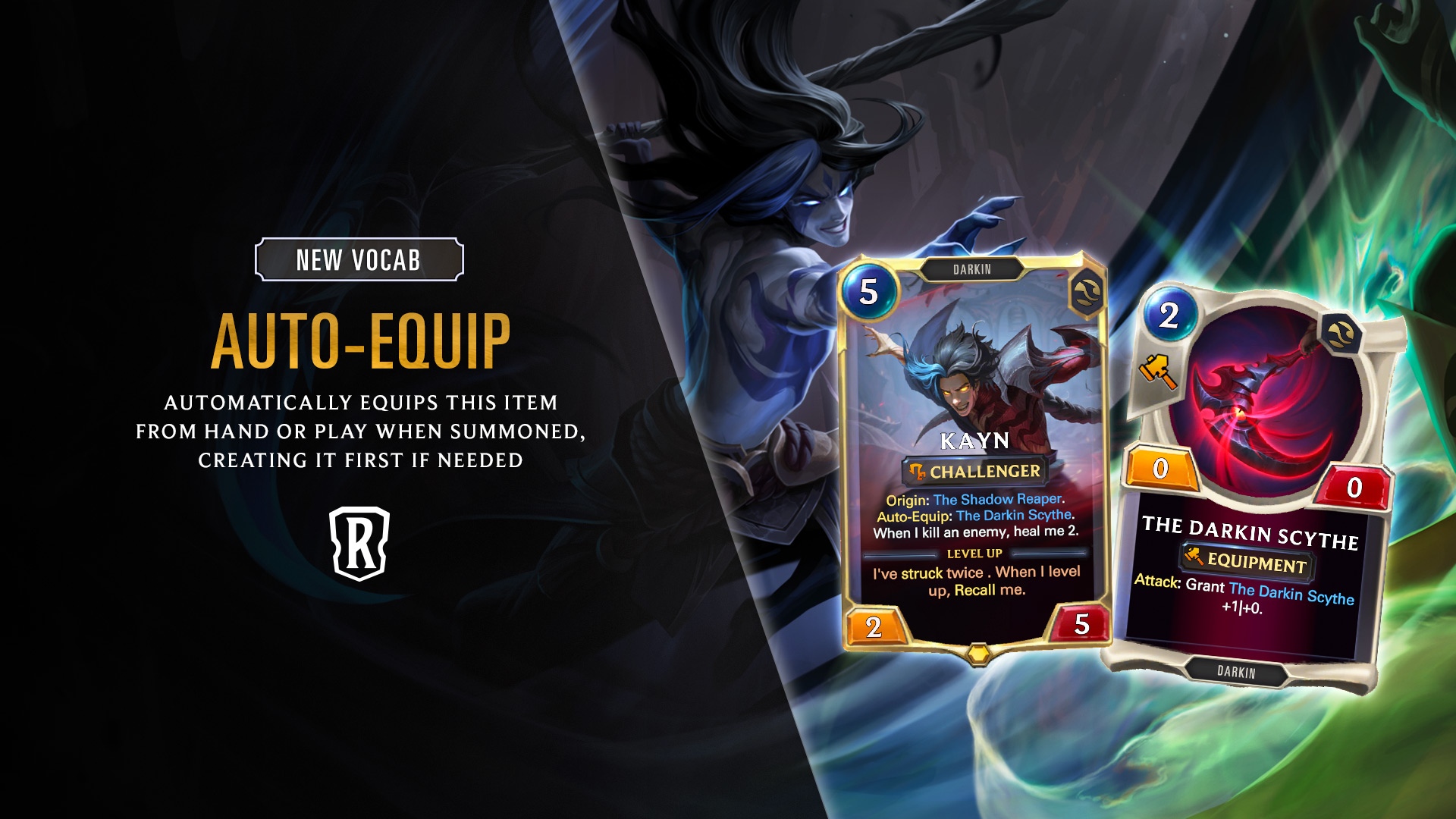 Automatically equips this item from hand or play when summoned, creating it first if needed. 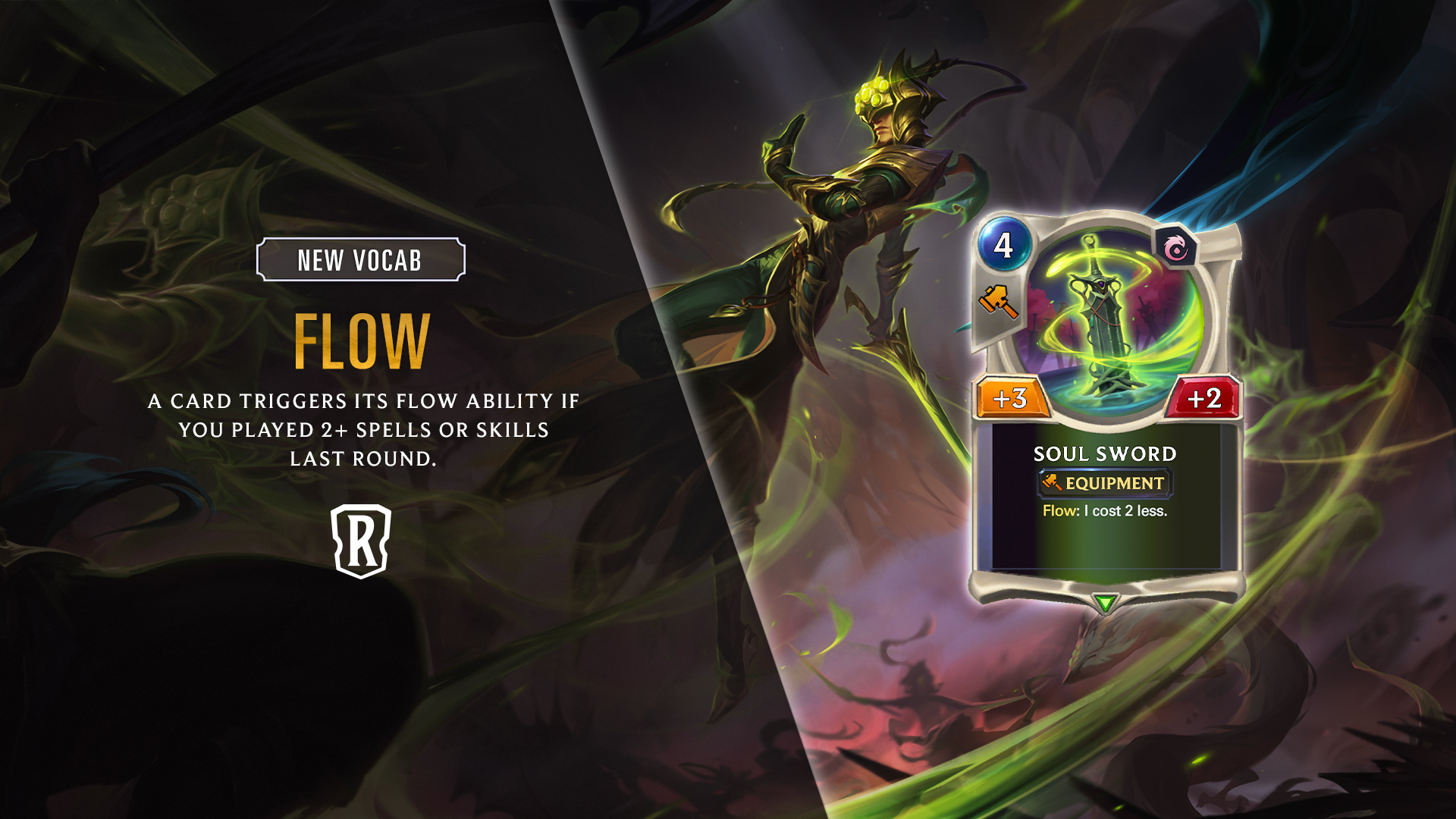 A card triggers its Flow ability if you played 2+ spells or skills last round.

Flow has already existed as an effect, but we are recategorizing it as new Vocab. 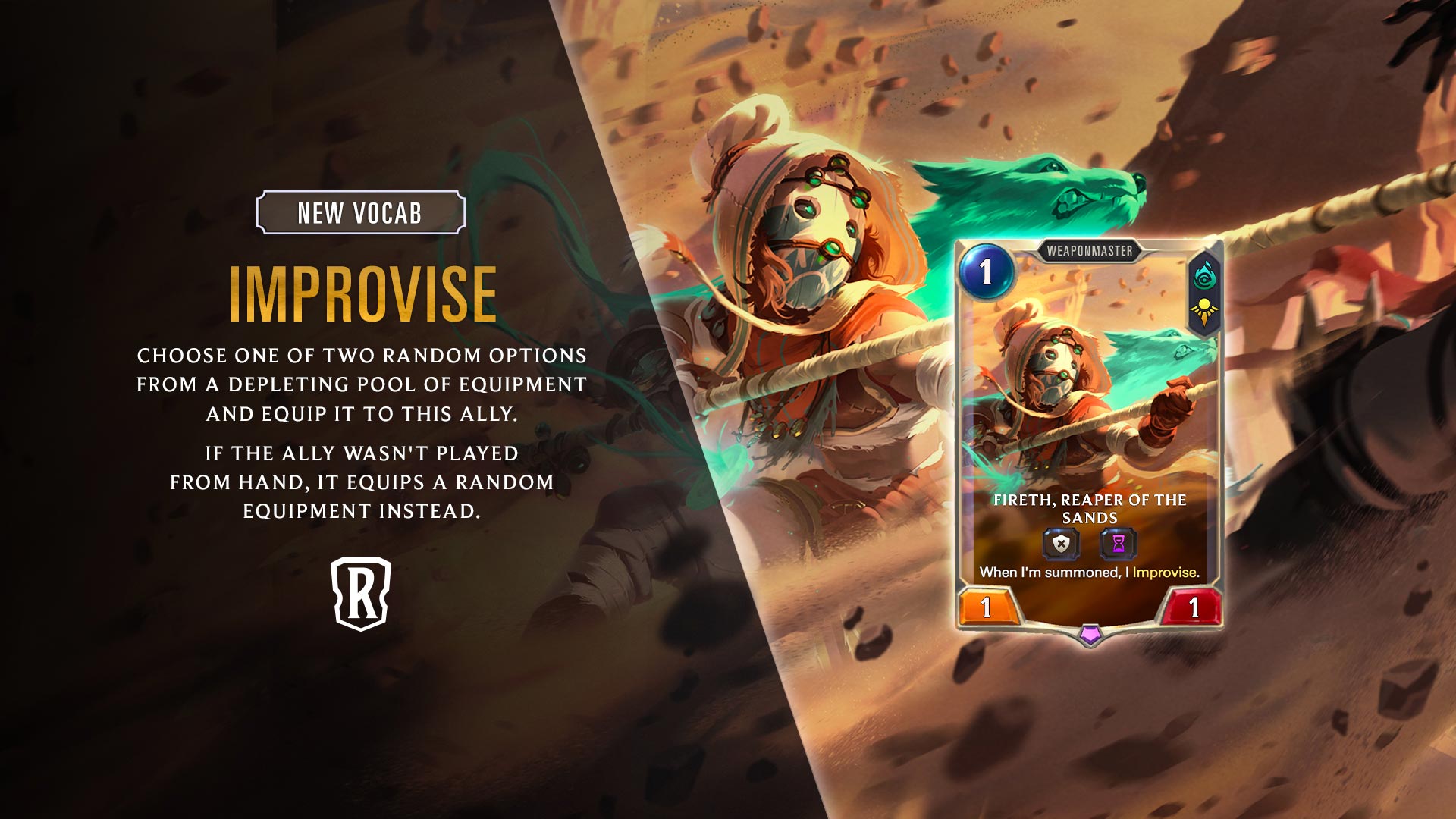 Choose one of two random options from a depleting pool of equipment and equip it to this ally. If the ally wasn't played from hand, it equips a random Equipment instead. 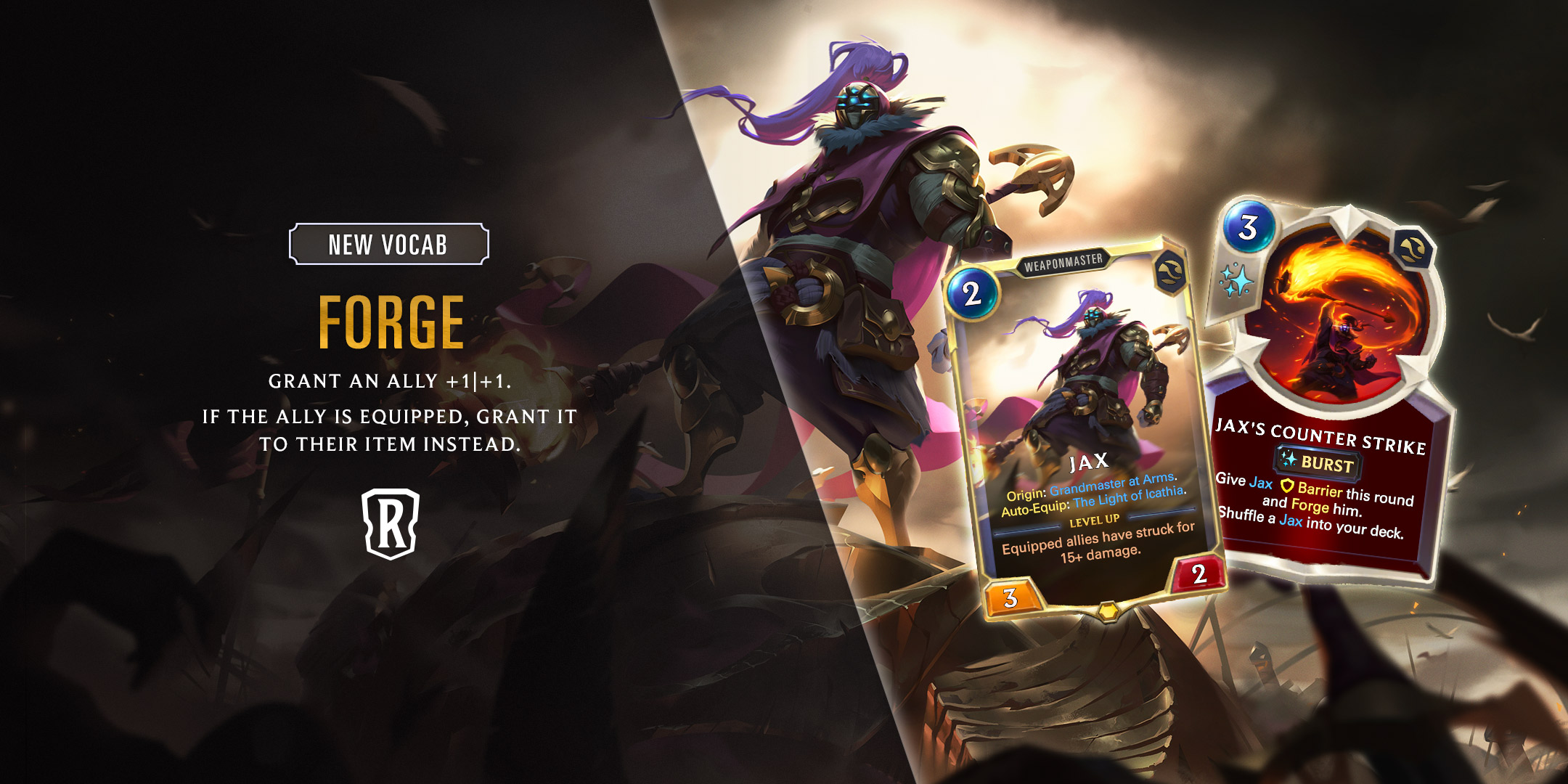 Grant an ally +1|+1. If the ally is equipped, grant it to their item instead. 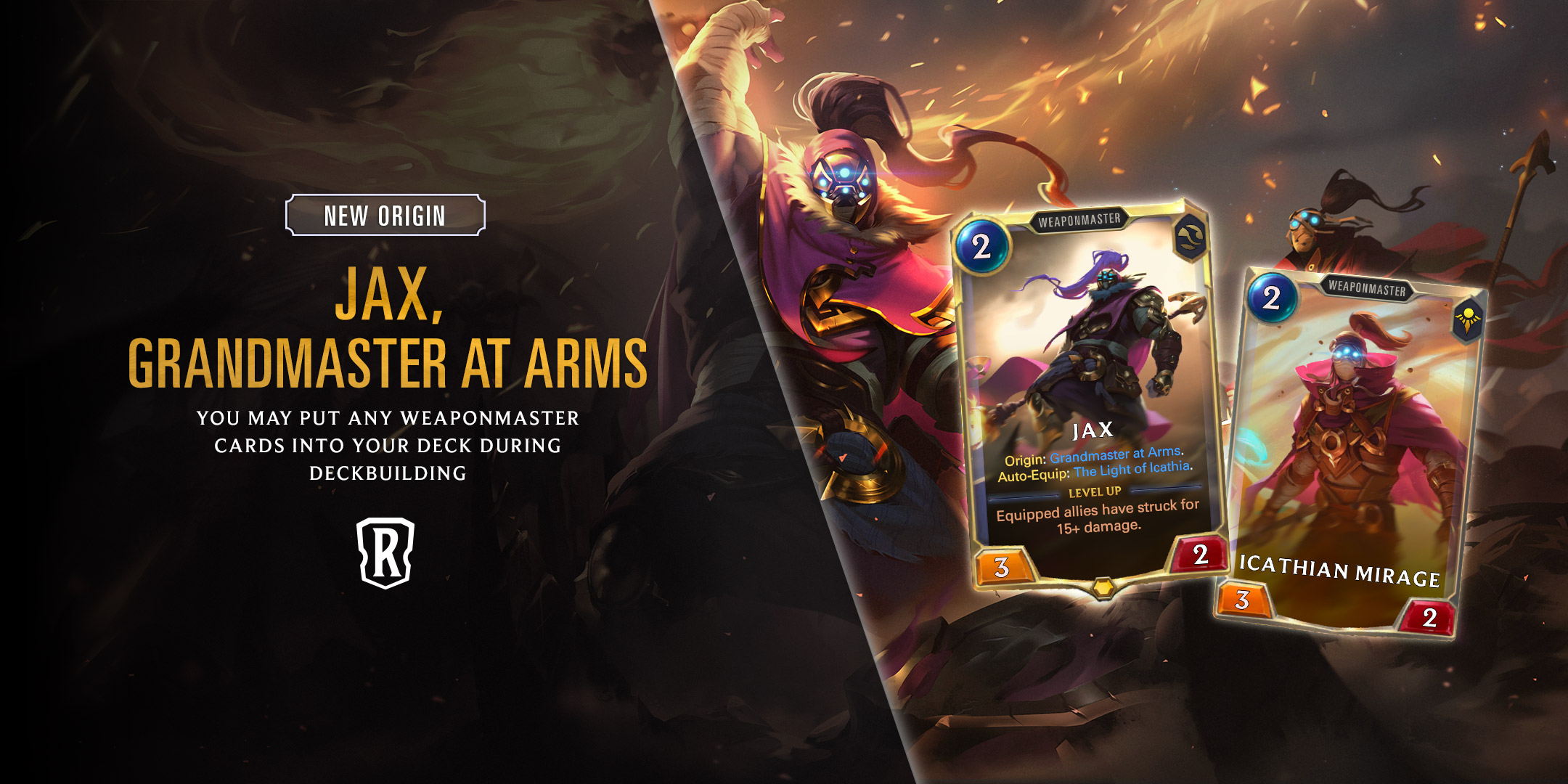 You may put any Weaponmaster cards into your deck during deckbuilding.

Editor’s Note: When we introduced new mechanics into the game, we realized we were lumping everything together into one big tasty(?) Keyword Soup. Moving forward we will be selective about what we refer to as “Keywords”

New Challenges and Quests have been added to introduce the new mechanics being added in Awakening. Additional AI decks featuring cards added in the expansion have also been added to the Vs. AI opponent pool.

“A true master is an eternal student."

We’re very excited to introduce a brand new type of Adventure to Path of Champions: Weekly Adventures. These adventures will have 3 different difficulties and will be randomly generated from existing Adventures with Mutators to keep things fresh.

Rewards for each of the 3 portals can be earned once per week - subsequent completions will reward only champion XP.
These three adventures will be located in the ocean between Noxus and Ionia.
Weekly Adventures will display in your Journal with a reset timer visible.
Any in-progress adventures will be retired upon the weekly reset.

“The weak fear the shadow”

Check out our dedicated article for an in-depth breakdown

Kai'Sa and her Evolvers were still a bit too well-suited to their environment after the changes last patch, so we wanted to make another small adjustment to a-void having them dominate the meta. Weakening Void Abomination should weaken the deck's late game presence and give more ways to fight back.

With the introduction of Flow we saw an opportunity to update these two older, Flow-like cards to use the new Vocab (and give them a little buff in the process).

Eye of the Dragon