Originally announced as being a thing last Tuesday, the Hearthstone nerfs have officially been detailed! We were promised nerfs that targeted Mage, Paladin, Rogue, and Neutral Cards and we were not disappointed.

All these changes arrive in Patch 20.0.2 which hits Hearthstone tomorrow, April 13. 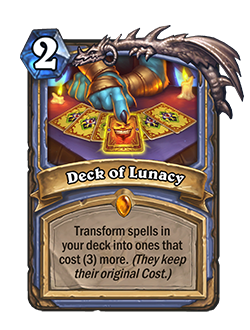 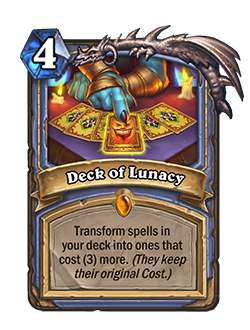 Dev Comment: Deck of Lunacy moves up to 4 mana, removing its ability to provide a game-warping effect on turn 1 or 2. When we create cards like Deck of Lunacy, we're aiming for an experience that lets you do wacky, over-the-top things at the cost of power. There's a large audience for that (Spell Mage's play-rate shows!), but Deck of Lunacy very clearly crosses the power threshold we set for these types of cards.

Sword of the Fallen 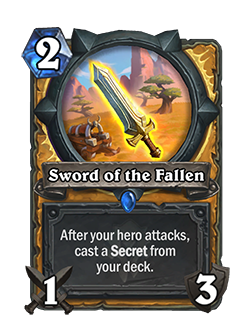 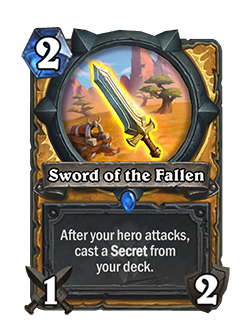 Dev Comment: Sword of the Fallen is not only powerful, but also creates early-game situations with too many Secrets in play. We're moving Sword of the Fallen down to 2 durability to reduce the overall value of the card and make those turns against 3-4 Secrets less common. 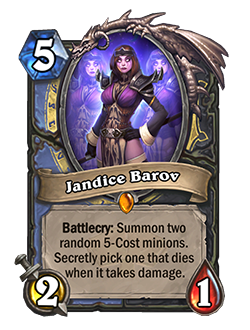 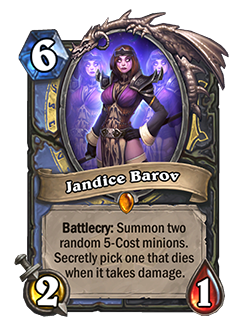 Dev Comment: Jandice Barov benefitted greatly from the Core Set refresh and the rotation of weaker 5-Cost minions. Looking ahead, we don't intend to dilute Jandice's pool of summoned minions and that's not something we'd want to rely on for her balance. With that in mind, we are nerfing Jandice Barov to 6 mana where her total stat output is much more appropriate. 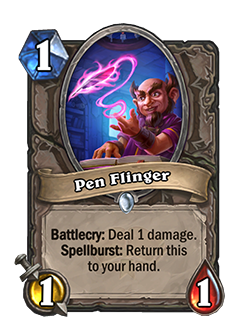 Dev Comment: Pen Flinger equips some classes with large amounts of chip damage, whether it be to minions or to the opposing hero. This flexibility makes Pen Flinger an attractive option for many decks, but when that utility is combined with repetition it takes over the story of a match. Pen Flinger takes out your minions, might deal 10 damage to your face over multiple turns, and even had the gall to call you names throughout all of it. We're nerfing Pen Flinger to now only target minions, positioning it as a removal option rather than a dual-threat card. 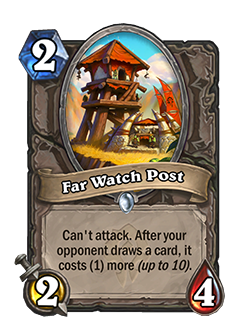 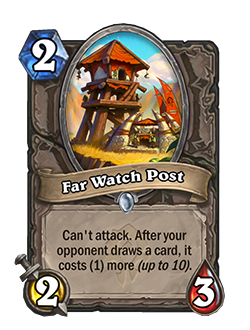 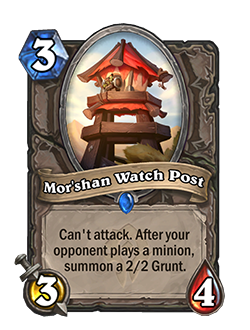 Dev Comment: Watch Posts are meant to act as an interesting tech-package when dealing with certain gameplans. Currently though, they act as go-to options in many classes, sporting quite high winrates for disruption-based cards. In order to cut into their power, we're reducing the Health of both Far Watch Post and Mor'shan Watch Post. This change will make them easier to deal with on turns 2 + 3, lowering the investment barrier for removal to better match the options available on those early turns.