After the success of the last shaman quest, does Thrall have what it takes to secure a second powerful showing with Command the Elements? The quest steps are not that bad to complete, the questline rewards are all good, but is the fact it's attached to a clunky mechanic in Overload enough to keep this quest from showing its face in the meta? Let’s find out! 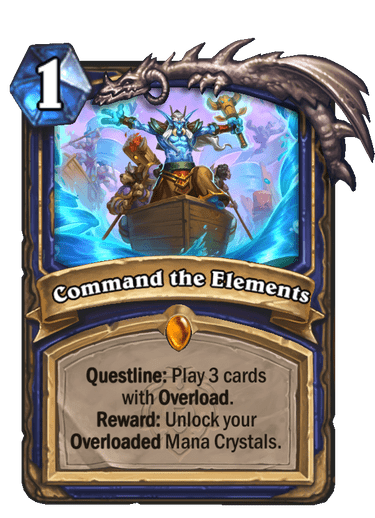 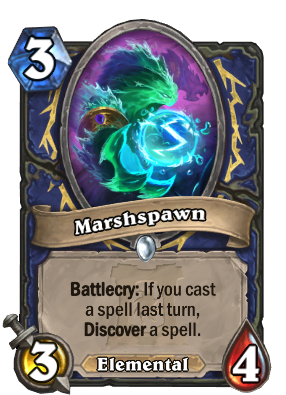 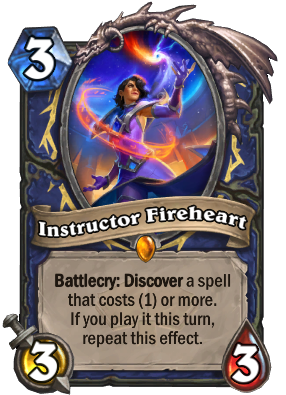 Like always, there are two cards that might be able to speed up the process by a fair margin that we should first calculate the odds for, these being Marshspawn and Instructor Fireheart. The former has an 83% chance of showing an overload card to pick while the latter only has a 74% chance due to Lightning Bloom costing less than 1, but makes up for this via being able to generate more spells in general via Hot Streak! To put it simply, for almost all intents and purposes, Marshspawn and Instructor Fireheart can count as overload cards in themselves, bringing the questline completion to around 7-8 turns. 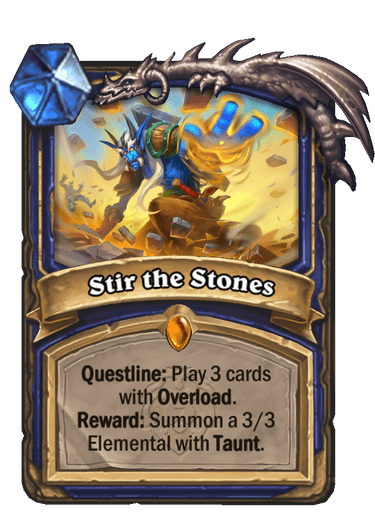 Luckily, the first step also helps unlock all our overloaded mana crystals, meaning we can jump in immediately to the next step. In addition to that, having access to more mana crystals in total also means we can reliably cast all the cards we draw, with the exception of Instructor Fireheart shenanigans. We can expect to draw to have found enough overload cards for the second step of the quest by turn 7 around 60% of the time. 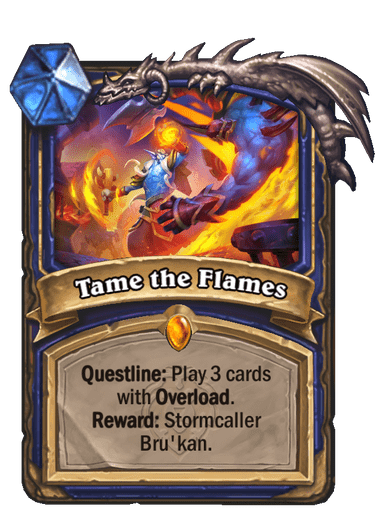 This brings us to the final step of the quest, which for whatever reason only takes 2 more overload cards. We can expect to be done by turn 9 around 50% of the time, with the odds being significantly higher if we have used cards like the aforementioned Marshspawn or Instructor Fireheart. Like always, playing any card that draws more speeds up this process quite a bit and given the relatively cheap cost of the cards in this deck, we will be able to more also play Brukan the turn we complete the quest. 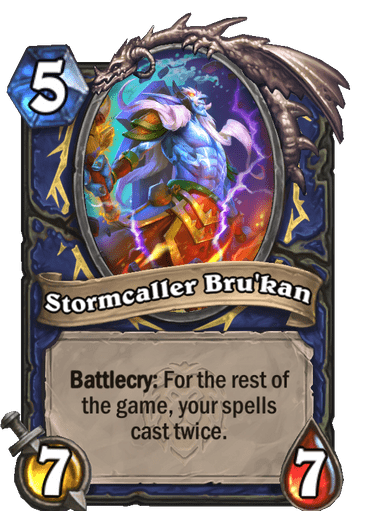 Stormcaller Bru'kan is definitely up there for explosive finishers. Double Time has always been one of the stronger duel treasures and it does not even keep the same targeting.This is another reward that is not really able to be broken down into numbers. The biggest issue is simply that overload is going to make having consistently strong turns difficult, going from having a full set of mana to practically none over and over again, but besides that, doubling up every spell gives an absurd amount of burst, as well as board presence, depending on the spell. It also goes without saying that Instructor Fireheart also becomes crazy when active.

What are your thoughts on Shaman's Questline? The fast completion and very powerful effect both point towards it being strong, but I worry that the early game will just be too clunky, even with the first step unlocking your crystals. That and a lot of the overload cards are not the best to play early without targets. I'm still optimistic though for this quest simply because Double Time on everything is just so powerful.