We must be coming up on the Mini-Set pretty soon, right? I suppose that makes the latest FCS all the more appropriate. I think Mini-Sets have overall been a huge success for the game, allowing them to rotate the meta a little and keep things fresh but still at a very affordable price. The guaranteed cards of Adventures were great and the Mini-Sets are too. Though of course, the actual Adventure was very exciting - I wonder what an Adventure for each Mini-Set would look like?

It's a dive into the past on this Conversation - though with something more modern helping us along!

First, congratulations to the winner of the latest WCDC, Chegwin and their Shoal Commander! 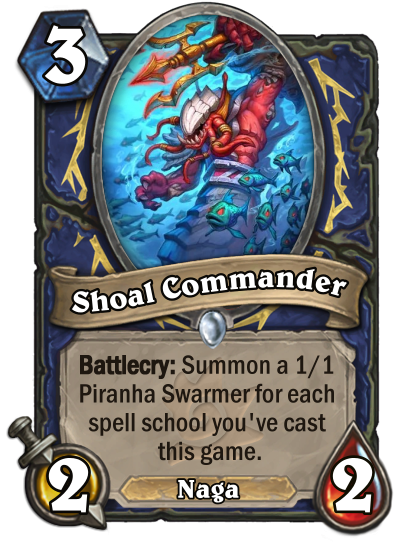 They'll lead the charge for next week's theme, so look out for that!

Beat's taking us on a trip to the past in the latest Fan Community Spotlight; their "Communion of Ahn'qiraj" Mini-Set brings a modern staple back to the times of the Old Gods, showing off some fresh ideas to spice up one of Hearthstone's most beloved sets. 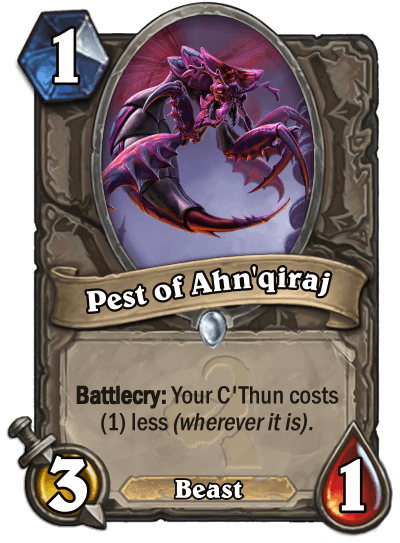 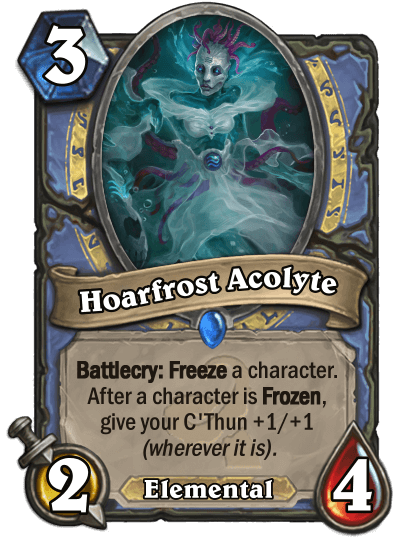 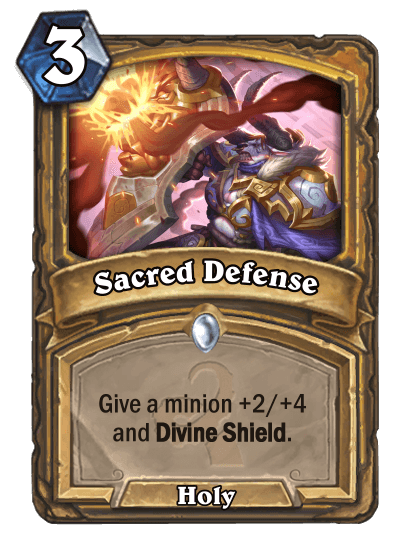 Doing a Mini-Set for an old expansion is another interesting way of looking at the past. We've seen before an example of someone taking an entire expansion and redoing it under a modern design lens, but it's a new and interesting task to look at what was given to us and try and expand upon it.

There are different ways you could approach a challenge like this. Beat took the route of a 'Straight to Wild' set, something that has been talked about by Hearthstone developers before. Designing the set this way means that you retain the theme and mechanics of an expansion, but come at it with a more modern power level and design philosophy - you could even push the power level a little further than you might want a Standard set to have, given it'd be Wild only. It also means that you can take advantage of things that simply wouldn't have existed at the time, like Spell Schools or various minion types - maybe not as explicit mechanical pieces, but extra potential balancing knobs.

Alternatively, for anyone thinking of trying something like this themselves, you have the option to imagine a set that actually came out in the past. What was the metagame like at the time? What decks might the dev team have been looking to bolster? Would a card designed like this, at this power level, be something you'd expect to see at this point in Hearthstone's life? So many things you can look at to inform your design process.

I recommend reading the interview for a great look into the thought process behind Beat's ideas, as well as a link to the full card list.

Time to show these Whelps what we're made of! What are we made of, you ask? MORE WHELPS! Click the banner below to jump in.